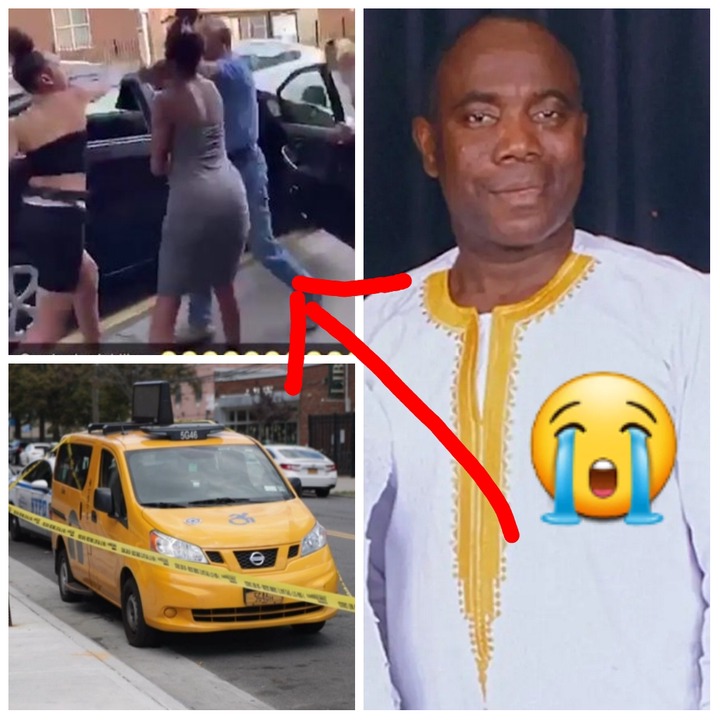 A 52 years old Ghanaian Taxi driver in the United States of America was reportedly beaten to death by five white passengers in the suburbs of New York City. Mr. Gyima Kutin reportedly stepped out of his Taxi to chase the three white males and two females who took to their heels after refusing to pay for their fare.

Somewhere along the road, the three ganged up and pounced on him. After beating him for some minutes, the 5 whites reportedly attempted to rob Mr. Gyima Kutin of his sales. The attacked Ghanaian resisted the move. This angered the whites who hit Gyima's head severally on the ground leading to his death.

The United States of American Police has currently launched an investigation into the matter. A bounty has been placed on the heads of the 5 whites. Anybody who helps the Police to arrest the gang shall be rewarded.

Why are Ghanaians quiet? When Floyd was killed, we had many influential Ghanaians making noise. Why can't we do same for our own? Shaking my head in sadness. 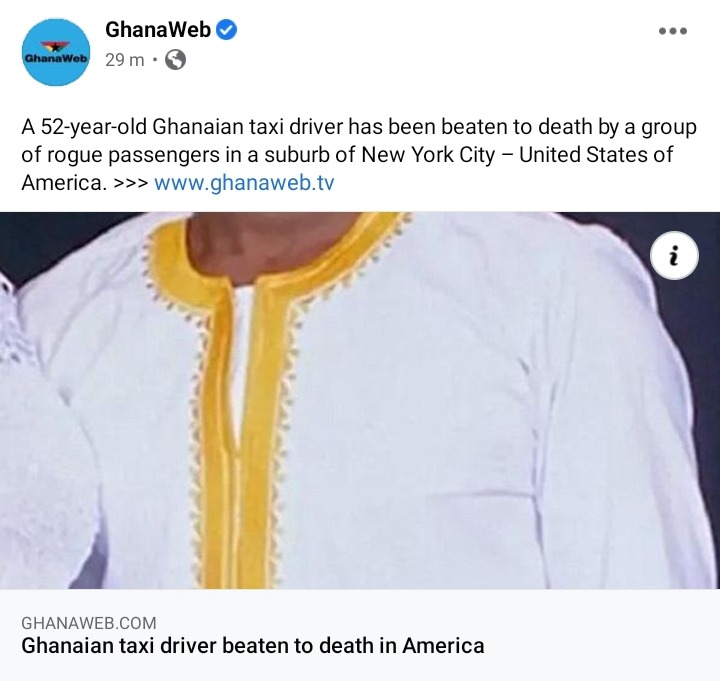