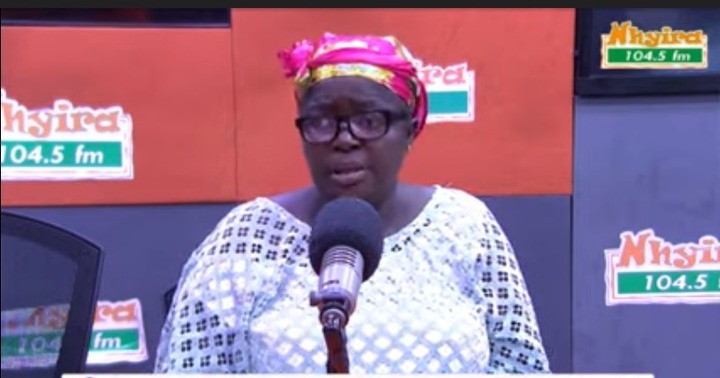 A 45 years old woman named Lariba in an interview tells what her neighbour told her after she fought with him. According to the woman her neighbour called Wahehe popularly known as Borga shares the same wall with them. She too had garden in their backyard which she has been depending on it all these years. One day, Borga told his workers to cut down all the plantain tree in her garden claiming that he wants to repaint his wall.

She confronted him about why he was doing that but the man told her that it is her brother-in-law who gave him the chance to cut down the plantain trees. Lariba said she filed a report against him at the police station, although the man was arrested but her brother-in-law bailed him out. When Borga came back home, he continue to cut down the plantain trees again, she too fought with him in order to prevent him from cutting the plantain but the man told her that she is not a clean woman, spat on her and also accused her of having an HIV infection.

Lariba said her son couldn't exercise patience about how the man insulted her. He got angry and threw a stone to hits the man's door. Borga upon seeing the damage to the stone caused, he rushed to the police station to make a complaint and they were arrested. The woman said it was her brother-in-law who again bail them out and pleaded with her to make peace with Borga. The following day, the man threatened her that he will make sure she will be evicted from the community and also informed all his workers that she is an HIV patient which is never true.