The Electricity Company of Ghana (ECG) high tension pole that supply grid from Ahenema Kokoben ECG, through Prophet One Junction to the D/A Primary School and Housing, suffered a break when a torrential rain threatened the survival of a billboard that stood near the pole. The billboard which bares the signpost of Prophet One; Rev Ebenezer Adarkwa Yiadom, was moved to the Northwest of the junction when the heavy winds blew against it. 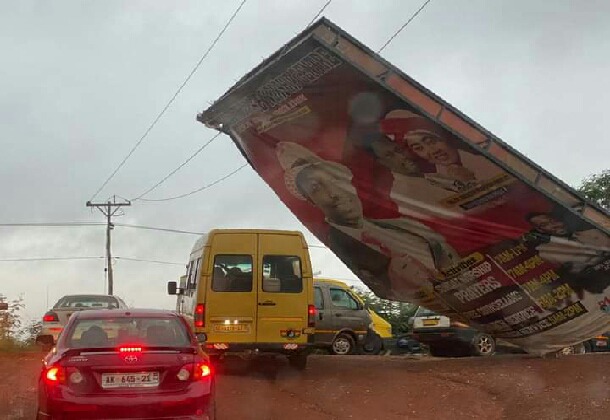 The billboard suffered a heavy hit from the wind but never fell, and was saved by the ECG high tension pole lines that supply power to the Ahenema Kokoben Housing. Duada, 40, a taxi driver who loads from the Junction named Prophet One Junction, narrated that, he was beneath the billboard with his car parked when the winds started blowing across. I was waiting for pedestrians to hire me for droppings looking at the nature of the wind. I parked beneath the billboard so my taxi could be seen and that was the sudden moment the billboard tried collapsing.

Three hawkers standing under the mango tree at the junction shouted my name and that was the moment I knew I had been saved from death. I came out of the car to check the billboard and it was directly above my car, few inches from crashing it. It's by God we are still alive, and by his grace the billboard didn't fell and was stopped by the power lines, if not, more people would have been murdered. 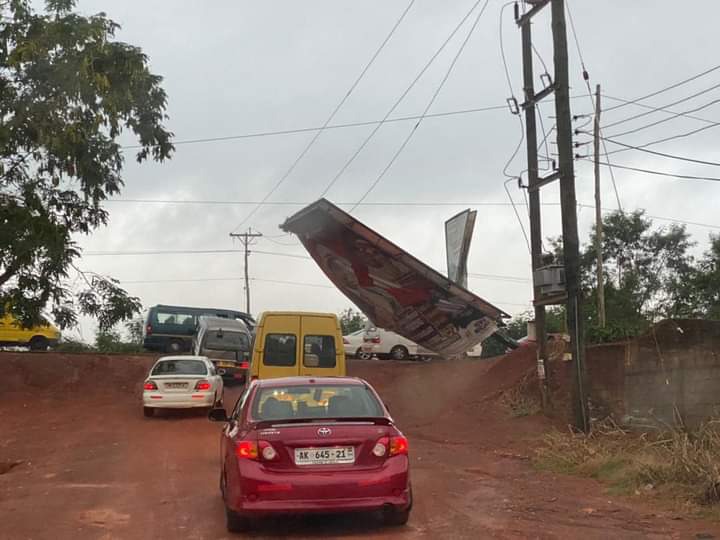 Myself, the three hawkers under the mango tree and the cars coming from my sideways would have all been affected, Duada explained to Oyerepa morning paper review host, Daniel Boateng. According to Duada, a driver and church member of Prophet One's church, the billboard was saved by God looking at nature the tiny ECG lines were able to support it without falling. I am just a worshiper with no spirituality, but looking at how I was saved, I can say it was God, the Prophet's God that saved the billboard from causing a deadly accident.

Ahenema Kokoben ECG technical officers have reported to the site and are working with the Kumasi Billboard Advertising Companies and the Kumasi Metropolitan engineers to get the loosened billboard from the ECG cables. Power to the area has been disconnected as authorities works to get the situation remedied. Prophet One; Rev Ebenezer Adarkwa Yiadom is yet to visit the scene as the authorities prepare to fix the damage. 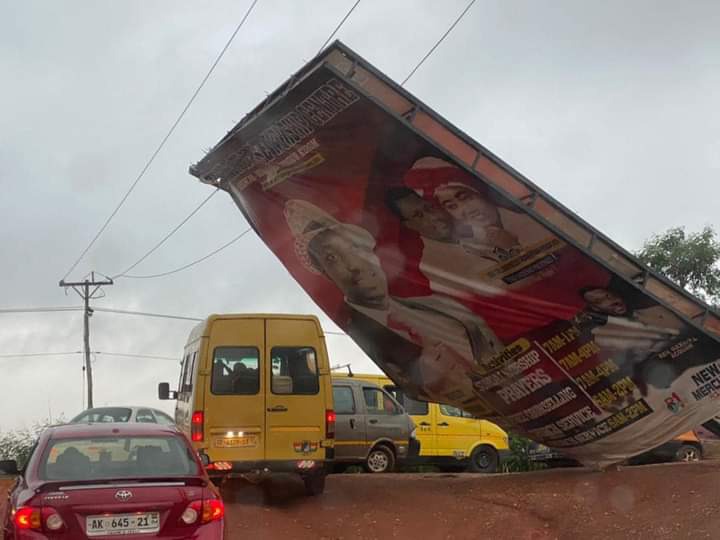 There might be slight workings on the foundation of the billboard, but we will still pull it down after straightening the board. The wires were not much affected but we believe the ECG will make some changes on the wires when we pull the board from the wires. The screws which hold the board to the foundation are still firm with only two loosened screws out of the five, and that was why the board was able to hang without causing harm, Engineer Henry Asirifi started.

It is not known when the repairs will be over, but the engineers believe by the close of today, everything should be back to normal. 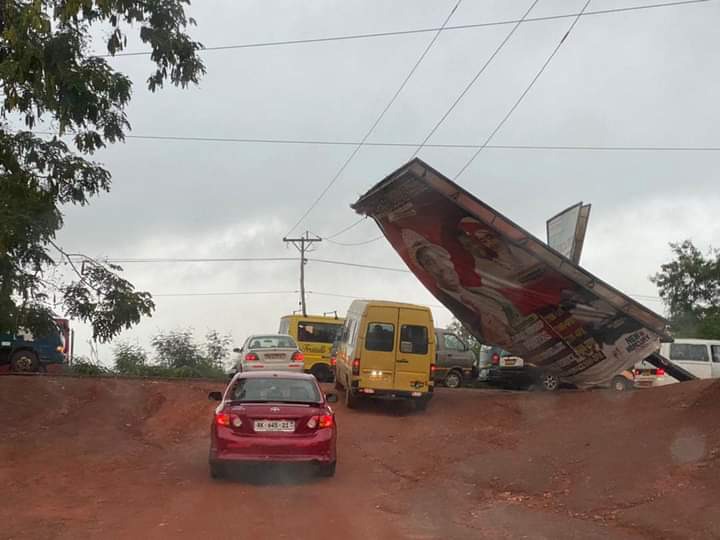