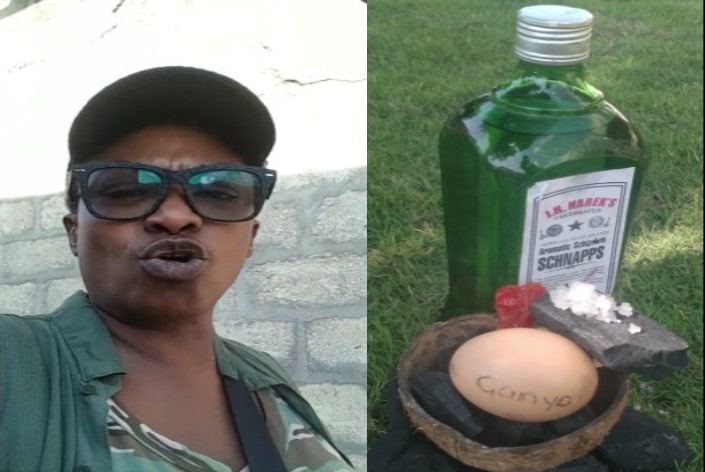 Moira Dawson-Williams, Kennedy Agyapong’s baby mama has readied her bottle of schnapps, charcoal, salt, pepper and an egg, to place a curse on a leading member of the ruling New Patriotic Party (NPP) in the Central Region, Mr Ganyo. Moira inscribed Mr Ganyo’s name on the egg to indicate that he is being targeted by the curse she is about to strike.

Mr Ganyo per a series of accusations levelled against him by Moira is said to be an ally of the Metropolitan Chief Executive for Cape Coast, Mr Ernest Arthur. The accused is said to have extorted money from Moira under a promise to secure her a free pass to erect a building for a shop along the Cape Coast highway.

Over the past weeks, Moira Dawson-Williams had threatened to take action against Mr Ganyo and some other officers at the Cape Coast Metropolitan Assembly, even to an extent of reporting them to the Inspector-General of Police about their corrupt deals. Mr Ganyo’s case seems to be pretty intense as Moira claims that he had been making unsubstantiated allegations about her person.

The latest development suggests things had really gone bad between Mr Ganyo whom she identified as an old friend. Perhaps the betrayal is so overwhelming and she is not giving in to the plea to forgive Mr Ganyo. 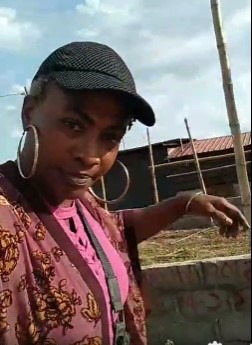 In the meantime, the Metropolitan Assembly has ordered Moira to put an end to the construction work. But Moira is not taking this likely.

She has threatened to defy the orders of the assembly and continue to erect the building, adding that there are other structures like hers that have been allowed to be constructed. Her concern is also on the background that she had made some payments to some officials at the assembly to secure the land for her project.

These persons including Mr Ebo Acquah, Ato Yankey, and Agyei Savage have been tagged on her wall. She also urged the MCE, Mr Ernest Arthur to deal with them. In the next couple of minutes, Moira will go live with her curse and Ganyo shall be the victim.

Photos: Zigi Causes Stir Online as He Was Captured 'Grinding' A Lady With Voluptuous Backside

"Why Would A Fine Lady Like You Be Selling Kenkey?"- Ghanaians Disturbed By An Inappropriate Video