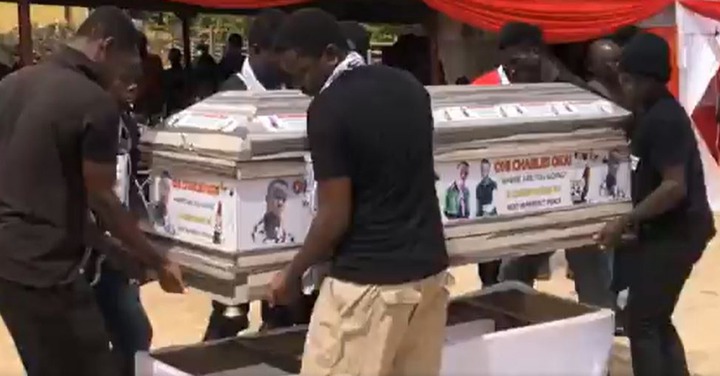 The Ghana Police Service introduced the Community Policing Unit as a way of enhancing community security. The number of police officers in the country is minimal and as such, community police officers are recruited to assist. They are different from the mainstream police officers because the uniforms and salary structures are different. However, they are made to also enforce the laws with assistance from the police main officers.

One of such community police officers has died under a bizarre circumstance at Akyem Adonkronu. The deceased community police officer whose name has been given as Charles Okine was working under the Asuom District Police Command. He reported to work one day and after he had closed complained of an ailment at home. Since it was not serious, he was made to be at home where family members took care of him. He was getting well gradually until he mysteriously died after three days. 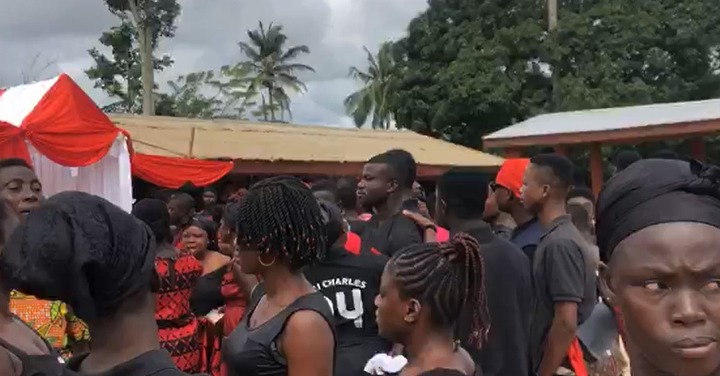 His funeral is being held at Asuom Adonkronu and the community members, family, and loved ones have thronged the area to pay their last respect. Community police officers are at the funeral to pay their last respect as well. His coffin is nicely decorated with white and gold colors. Apart from that, the coffin has been painted with pictures of the late community police officer. 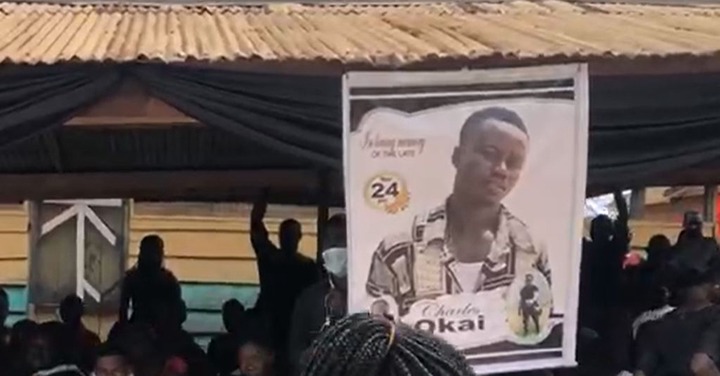 Different pictures of the twenty-four-year-old community police officer with inscriptions could be seen painted around the coffin, the obvious reason could be that sympathizers and loved ones who see the coffin should be able to tell the person who has died. Tears could not stop flowing when the coffin was finally carried to the cemetery. His uncle, Mr. Kofi Adjei in an interview with Asuom news expressed worry about the circumstances leading to the death of his relative. 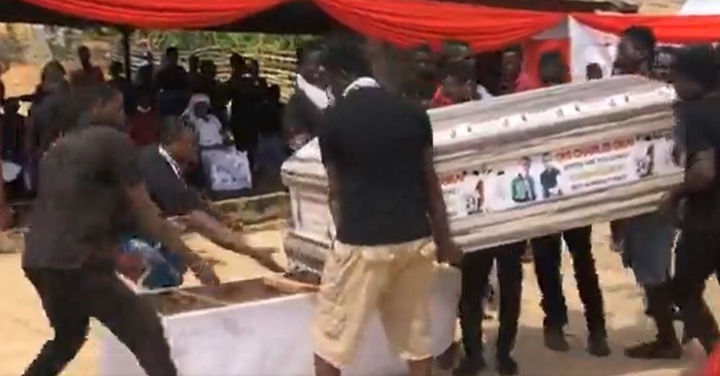 Designing coffins has been a long-held tradition in the African region. Sometimes, the profession of a person determines the kind of coffin that will be used to bury him/her. Whilst football players get boot-shaped coffins, music artists go home sometimes in microphone-designed coffins. May the soul of the young community police officer rest in peace.