Let’s Say Goodbye To All Armed Robbers In Ghana: Detailed Tips To Avoid Their Attacks 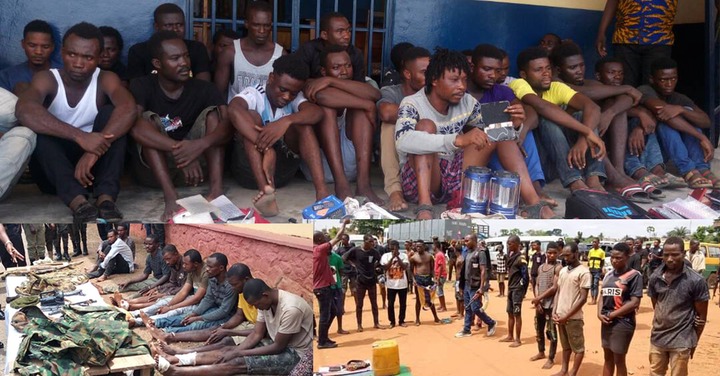 It is time the entire country rise to say goodbye to the activities of all armed robbers. The rate of armed robbery attacks in Ghana is gradually turning into something else.

Almost every week, armed robbery attacks are reported in Ghana. Special mention can be made in the Western, Greater Accra, Central, Ashanti, and many other Regions.

In most of the cases, the armed robbers attack their victims in broad daylight. Their mode of transport has always been the use of motor bicycles.

In several of their activities, these armed robbers shoot at their victims. Several innocent souls have been lost over the years in Ghana through armed robbery attacks.

Several other individuals have been left physically impaired as a result of armed robbers. The properties and other valuables that have been lost through armed robbers cannot be quantified.

Most people are scared to go close to these armed robbers even if they can save the situation. This is particularly due to the ammunitions that accompanied their activities.

Now, most Ghanaians are questioning why the general security of the country seems weak. The Police visibility is generally low in most streets of the country and that has been attributed to the increasing number of armed robbers in the country.

But there is something we can all do in our individual ways to say goodbye to the activities of armed robbers. Follow these detailed tips.

Stop keeping a lot of physical cash on you

In this modern age, technology has made it easy for people to make transactions through a cashless society. Armed robbers are attracted by money. They attack most of their victims and make away with money and other valuables. In this case, people who do not have money on them automatically become fewer targets for armed robbers. It is advisable to make most transactions through mobile money and bank transfers.

Armed robbers are risk-takers. To avoid them, always be in the company of many people especially when there is a transaction that is likely to attract them. It is always best to be among crowded places where they cannot make advances to carry their activities.

It is always believed that armed robbers act on tip-offs. People who are close to their victims normally inform them of the movements and where to meet. In this case, it is better to change routes at the last minute. This could be a personal decision with the sole aim of preventing attacks by armed robbers.

Armed robbers hate to be identified. That is why in most cases, they shot at people who recognize them. With this, people must ensure security cameras are installed at some key points in homes and in private vehicles to help the police after an armed robbery attack.

We can all follow these tips to say goodbye to armed robbery attacks. It is vital to note that, the police are our friends and so they can be informed to provide escort in cases of huge transactions. Let’s share these tips to save others from armed robbers.