By CitizenOne (self media writer) | 22 days ago 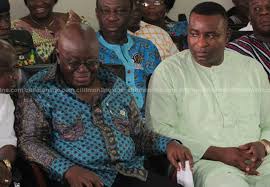 Meanwhile, many of the roads started by the Mahama administration were suspended as the goverment indicated it wanted to carry out an overhauling audit into all the projects. After five years, most of these roads have returned to level zero. Many Ghanaians including the former president have complained about the decision of the government to suspend the construction of those roads in the last five years. Ashanti region was one of the regions which was negatively affected by that decision as it received a chunk of the cocoa roads infrastructure. 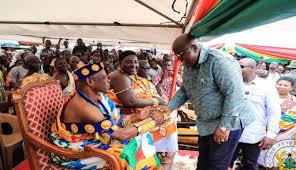 President Akuffo Addo is in the Ashanti region for a three day tour. On his first day, thus yesterday, the president paid a curtesy call on His Majesty Otumfour Osei Tutu II. During their interactions, Nana Addo boldly told the occupant of the golden stool that his government had constructed more roads in the Ashanti region than any other government in the 4th republic.

But in what seemed like a rebuttal, Otumfour told the president not to trust what his men report to him. According to the wise king, most of the reports the president received about his performance were false. He advised the president to always go to the grounds to find things for himself. 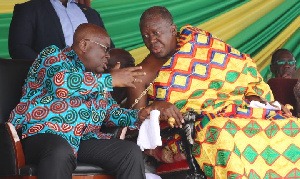 He lamented the abandoned projects in the region including hospitals, schools, roads and the infamous Boankra Inland Port. Otumfour said after Nana Addo promised him the inland port project was commencing last year. Hiwever, he was astonished find out that nothing has been done after the sod cutting over a year ago.

According to a TV3 report monitored by CitizenOne, the president is billed to commission only one project in the region in his three day tour. That is the Bekwai Government hospital. All other projects have been billed for inspection by the president. 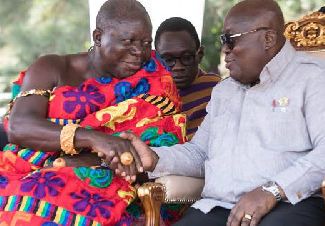 CitizenOne is following the president's visit and will update followers as and when required.