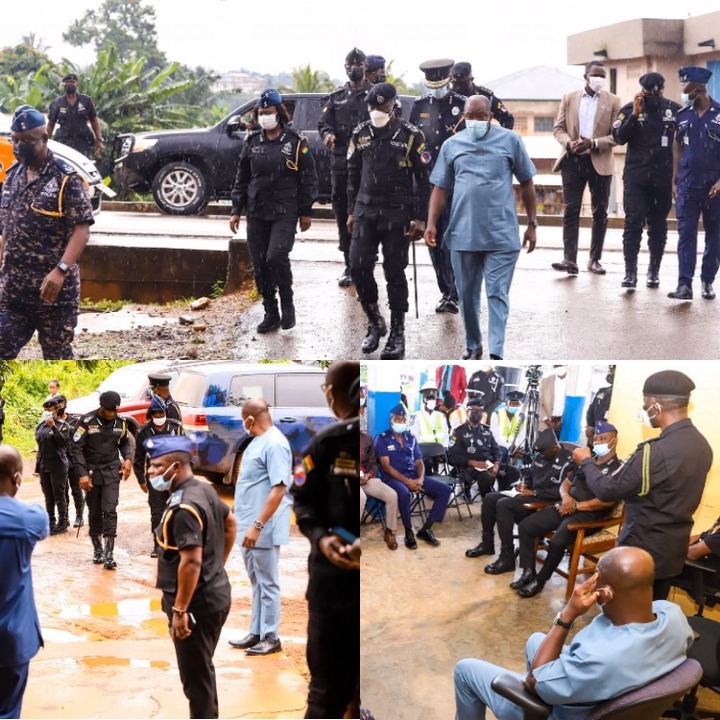 The recent photos of the Acting Inspector General of Police and members of the POMAB team has recently sparked massive stir, debates and arguments across all social media considering how Dampare boldly stormed the Eastern region amidst heavy rainfall.

The Acting Inspector General of Police, Dr George Akufo Dampare has undoubtedly vindicated the incumbent President, Nana Akufo-Addo’s decision upon appointing him as the head of the Ghana police service considering his achievements so far.

In a recent post, the Acting Inspector General of Police, Dr George Akufo Dampare and some POMAB members took the privilege to pay a 36-hour working visit to Afram Plains and other nearby areas in the Eastern region to interact with the Chiefs, police service, opinion leaders, students and just to mention but a few in other to find out about their safety and security considering the rise in criminal, kidnapping and murder cases recently recorded over the past couple of months.

However, the unexpected happened as the Acting Inspector General of Police, Dr George Akufo Dampare and the POMAB members were met by a heavy downpour but Dampare unexpectedly continued his planned journey.

Below is a look at some of the photos as the Acting Inspector General of police stormed Afram Plains and it’s nearby environs to meet with the police service and chiefs amidst heavy rainfall. 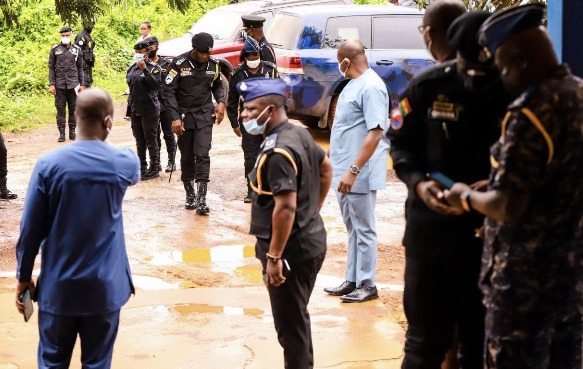 Upon the photos of the Acting Inspector General of Police, Dr George Akufo Dampare’s visit to Afram Plains and other nearby towns in the Eastern region amidst heavy rainfall popped up, most individuals took the privilege to share their immense opinions and thoughts on the IGP Dampare’s efforts as the leader of the Ghana police service.

Beloe is a look at some of the comments that came through as individuals shared their respective concerns and opinions on the alarming photos. 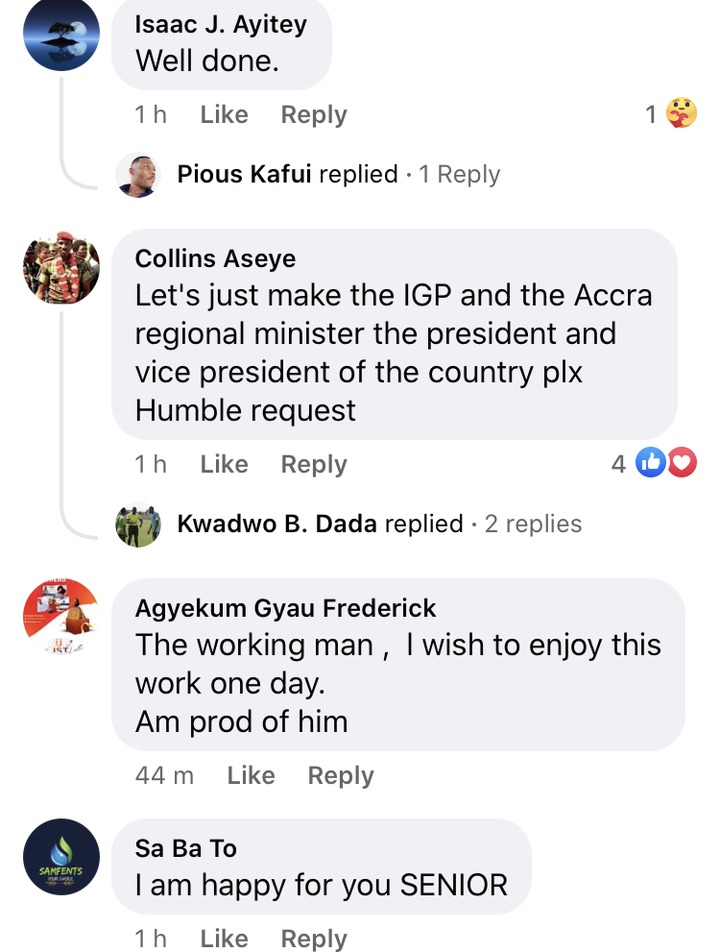 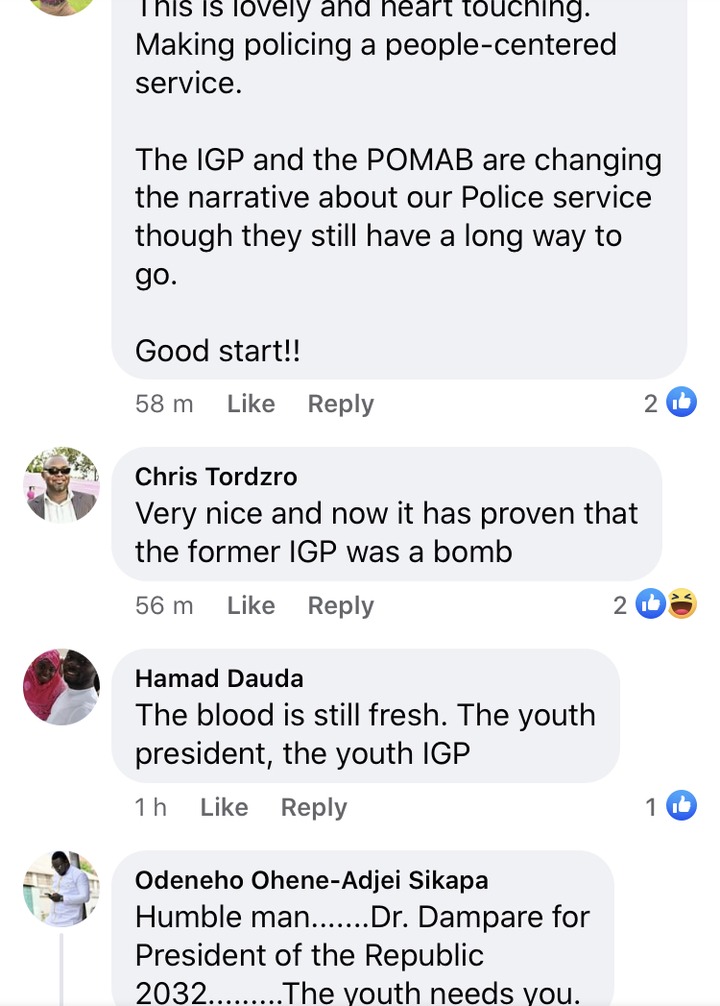 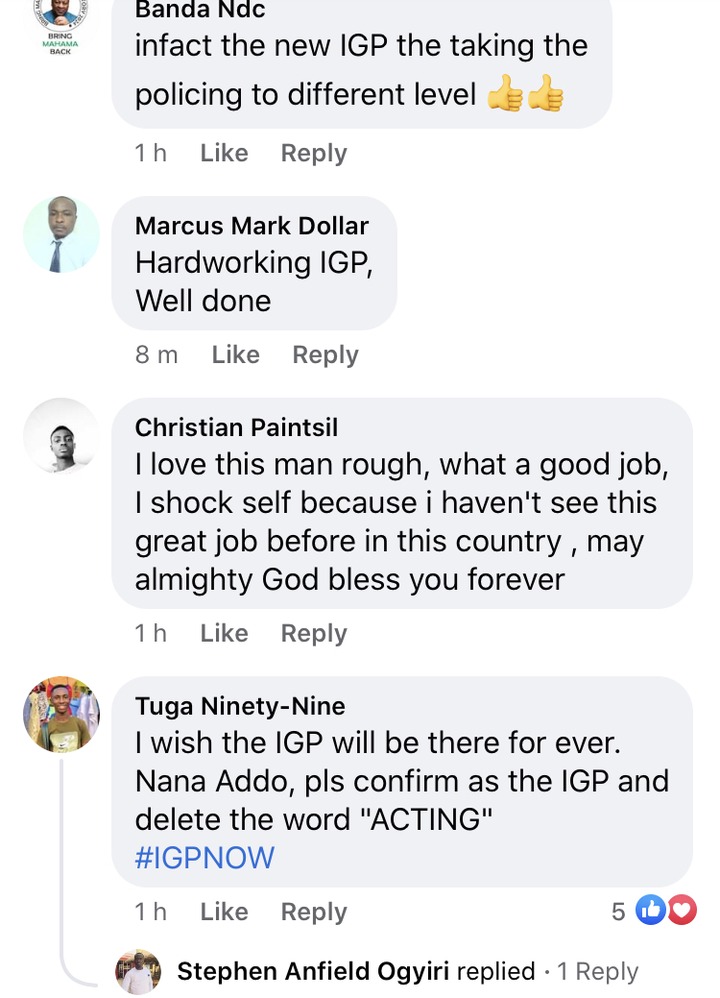 From the above comments, we can clearly notice that most individuals were surprised on seeing the effort implemented by the Acting Inspector General of Police to ensure peace and other in the various regions of the country as most Ghanaians applauded his efforts.

Bawumia Is A Ph Holder. How Can He Make Such A Mistake?: Johnnie Hughes Queries Okoe Boye

You have nothing good to offer Ghanaians - Captain Smart fires NDC and NPP leaders.