By Pebihwe (self meida writer) | 22 days

News reaching pebihwe sighted on Adom FM afternoon news (Tasty news) another young lady has been murdered and dumped in a bush around Ashaiman. 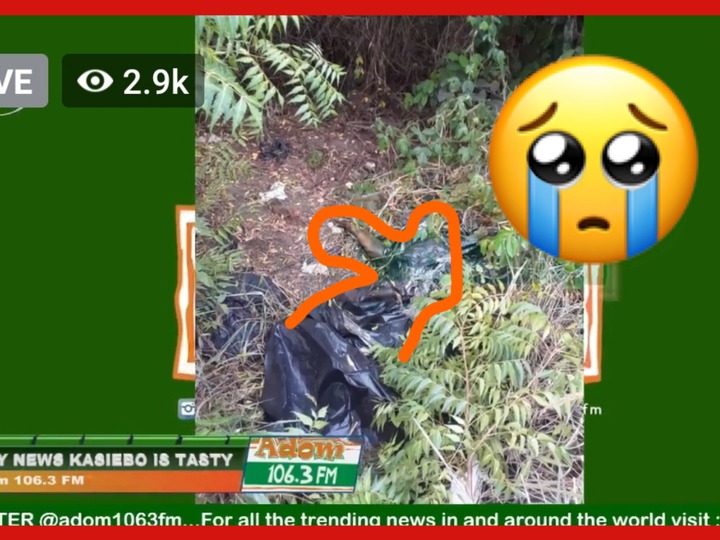 According to the source of the information, she was allegedly killed by her boyfriend because after the incident those who knows the lady identified that she stays with her boyfriend.

They went to the house but the boyfriend was not around. Though according to the police she was murdered and some parts of her body was taken away. The residents who know her very well identified her boyfriend knows something about it since he is nowhere to be found and his contact can't reach, the police should try their possible best to trace his whereabouts and arrest him to face the law.

According to the residents in Ashaiman -Atadeka, kpone Katamanso who spoke with Adom FM media reporter who reported the incident. This is not the first time something like this has happened, they have seen it over and over. They have even reported it to the police concerning the insecurity at the place but nothing has been done.

According to residents, you could see young guys in the area driving luxurious cars but they don't do any work. And the way of their dressing even proves they are Sakawa boys. They added, the police should take note and start arresting those people because they are the caused of the murder cases and kidnapping has become rampant in the area.

The case is now with the police for further investigation.

5 Ghanaian celebrities with the most curves