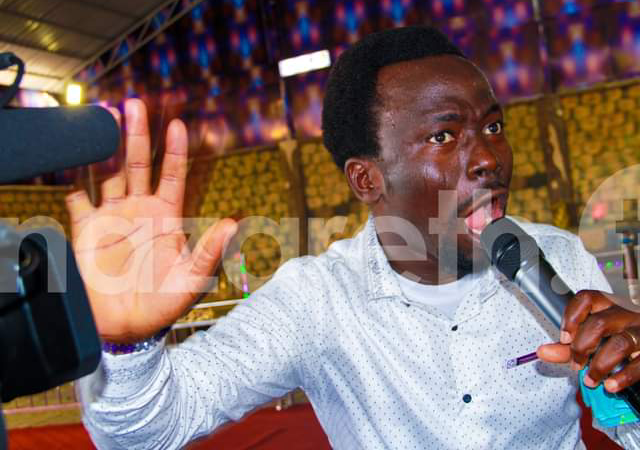 A suspected assassin was arrested during the HOGGON live midweek service, the church said in a statement on Facebook.

During the HOGCOAN Midweek Service on 8th September 2021 at about 1:57 pm, a young man carrying a sharp-pointed stick and knife rushed into the church trying to attack the man of God Apostle Victor Hounkpati or any of his workers. As he run into the church and realized Apostle Victor Hounkpati was at a place he couldn't easily reach, he run after the assistant pastor who was standing right by the church entrance trying to attack him. The pastor runs into the congregation very terrorized. Quickly, the police rushed to the scene and this traitor was arrested. He covered himself with tree branches as a way of disguise when he entered the church.

This same young man tried to attack the man of God four weeks ago during a live Sunday service and tried to pierce him with a knife but ended up tearing his clothes. If not for the timely intervention of HOGCOAN security, he would have succeeded. 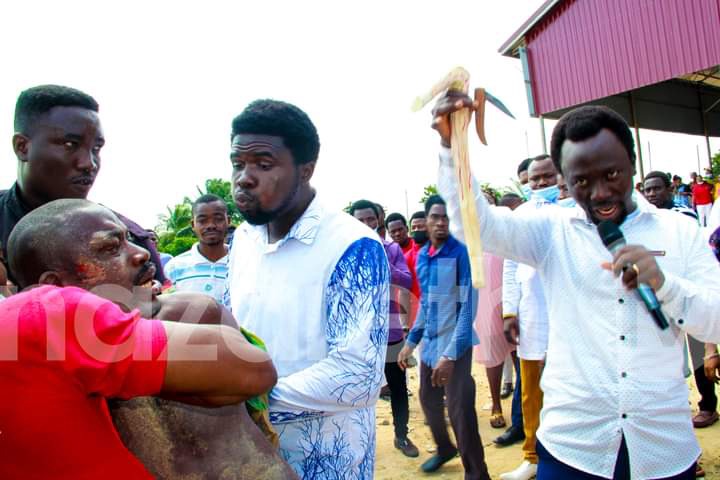 Meanwhile, according to an eyewitness with a knowledge of information,

the young man is not an assassin but rather a well-known person mentally challenged person in Dzodze.

"I know this guy, he's mentally challenged. He came to Ghana Commercial Bank Dzodze last Friday and started smoking cigarettes and was escorted out by the security man on duty.

He was the same guy alleged to have assaulted one of the Chiefs at Deza celebration durbar ground at Dzesime some two years ago.

Man of God should help cure him rather than treating him as an assassin.

Everybody in Dzodze knows him very well and knows he's mentally challenged and could hurt anybody he comes across."

The latest information reaching us has it that the suspect is currently receiving treatment at Dzodze District Hospital under police protection.

Police say the man is under investigation at the facility.

She wiggles it like a dolphin: Take a look at a video of a lady shaking her massive chest in a pool

Learn How To Do This Perfectly In Your Relationship

The Hidden Wealth in Cassava