Luck finally eluded Kate Boateng in her expedition as a mobile money fraudster in Dabaa, the Ashanti Region of Ghana as she was caught attempting to rob a mobile Money agent of 5400 Ghana Cedis 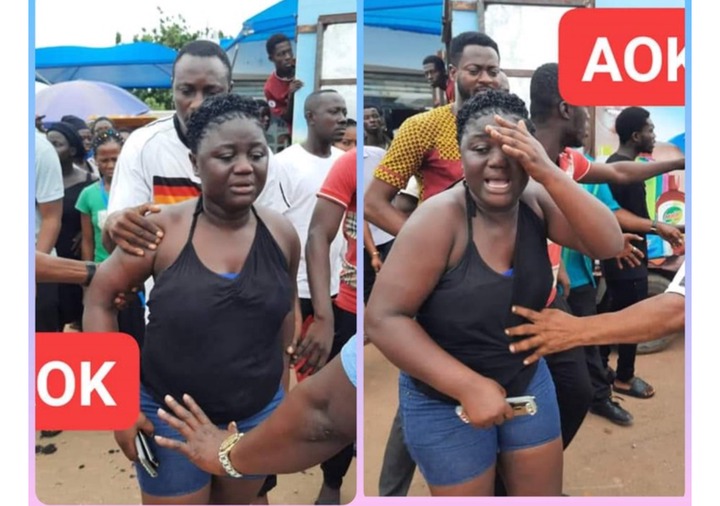 Most often, these crimes are recognized mainly among Men. Regardless of her gender, Kate did not receive mercy from the angry mob that was present after she was caught. The lady was severely beaten by the mob who wouldn’t stop until she was ruthlessly lynched 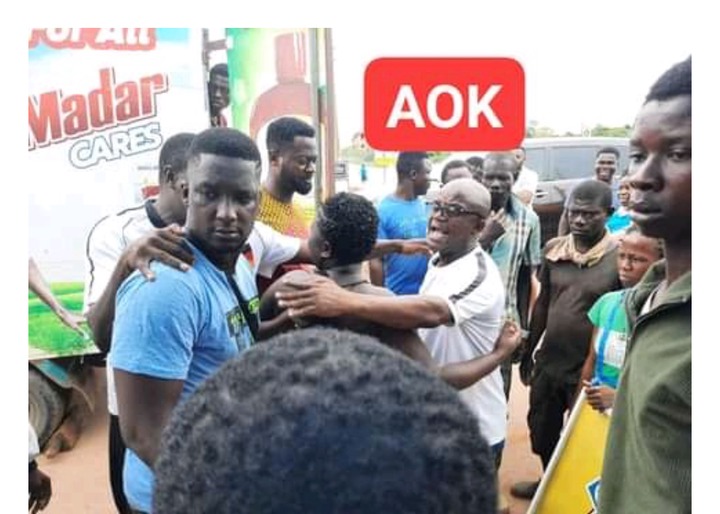 The vendor narrated to Kate Boateng that he had sent GHC 1,500 to the initial number she gave him. She responded in the negative saying that the money might have been sent to the wrong number for it was not in her account.

The mobile money agent who was confused at this point called the number which the money was suspected to be transferred into and this was where the drama kickstarted! 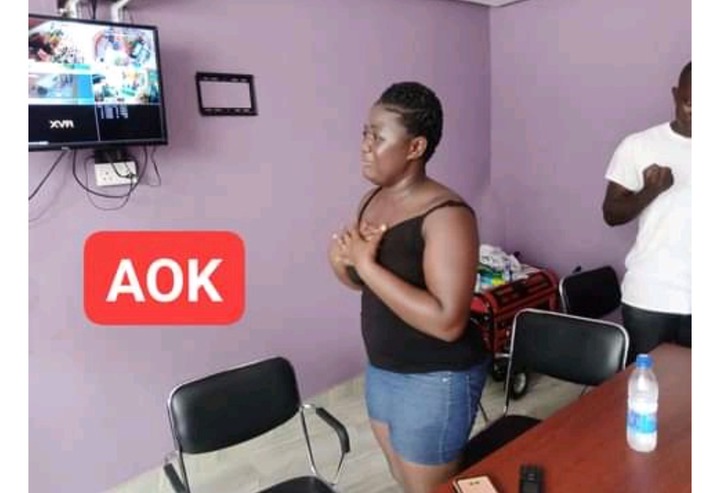 The person who received the call further deceived the vendor by asking him to follow some instructions. He quickly followed suit as his client appeared to be in dire need of money.

As the mobile money agent was in the process of completing the instructions given, he realized that GHC 3,900 had been sent again to the same number.

This made him suspicious and further propelled him to raise an alarm that indeed, he had been scammed by Kate Boateng. Since Kate Boateng was still in his shop, he decided to forcefully take his money from her but she could not help. The scene raised concerns and anger from people who gathered and majority of the masses further exerted their anger through severe beatings.

Kate’s guardian angel, the Member of Parliament for the constituency came to her rescue in time before her untimely death. She was then sent to the nearest police station where officers have commenced full investigations into the matter.

The huge sum of money was however withdrawn from the vendor’s account and when calls were places to the network it was deposited into, it revealed that the number was no longer accessible.

Mobile Money agents are being encouraged to be vigilant in their duties for the fraudsters always come in the least expected looks.

Content created and supplied by: The.Baga (via Opera News )