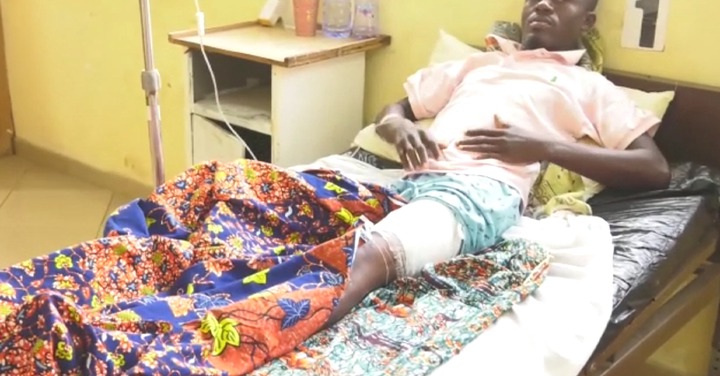 The Apiatse explosion has led to many affected residents being admitted to various hospitals. Since it was an unexpected disaster, the government through the Vice President, Doctor Mahamadu Bawumia promised all the victims that government will absorb all their medical bills.

To this extent, it was expected that all the health facilities where the victims have been admitted will be instructed to take note and take care of the victims without demanding any money. But is seems the opposite is the situation. Samuel Donkor is a worker with Zondatech Ghana limited. On the day of the explosion, he was on his way to carry out an assignment at Wassa Akropong when the vehicle containing the explosives caught fire.

Unfortunately for him, he could not vacate the scene when the explosion occurred. Samuel Donkor sustained various degrees of injuries rendering him partially paralyzed. His working colleague, Theophilus Nartey quickly moved to the scene from the office after several calls to his mobile phone failed. He also arrived at the scene and realized he has been affected by the explosion. 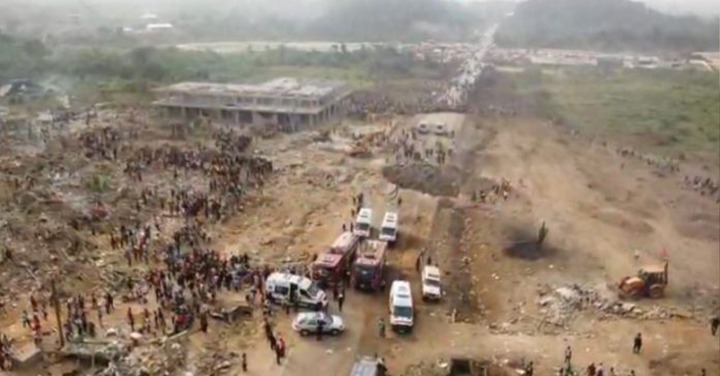 He was initially moved to the Tarkwa government hospital where he paid an amount of GHC 700 for an X-ray. After the X-Ray, the doctor in charge told him the situation is above them and as such, he needed to be transferred to the Effiankwanta Regional Hospital. He needed an ambulance but none was available, to this extent, a private ambulance was rented for an amount of GHC 1,000.

A nurse from Tarkwa who was asked to escort them to the Effiankwanta Hospital also charged an amount of GHC 500. Theophilus Nartey tells Connect FM’s Nyhyraba Paa Kwesi Simpson in an interview that they have spent over GHC 10,000 on the victim since the incident occurred. 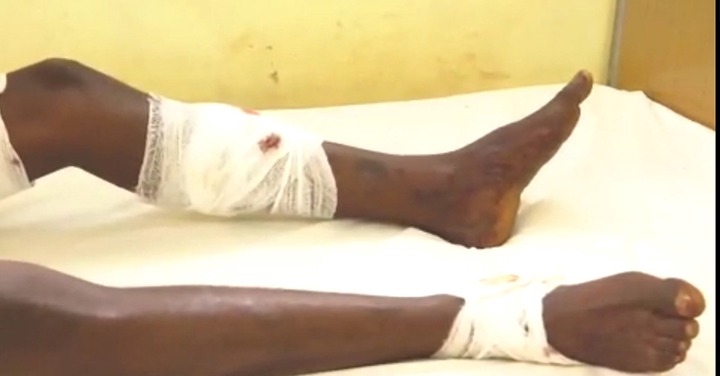 The public relations officer for the Effiankwanta Regional Hospital, Mr. Christian Baidoo who responded to the complaint indicated that he is amazed by the account of the young man because the hospital only issues out bills after treatment. He indicates that the hospital is concerned about the wellbeing of the injured Apiatse victims and they will do everything within their powers to ensure they are treated at no cost. He added that management of the facility will begin investigations into the money allegedly paid by the victims and if proven with receipts, the money will be refunded to him.

Ghanaians Must Stop The Backlash On Nana Addo Dankwa Akufo-Addo