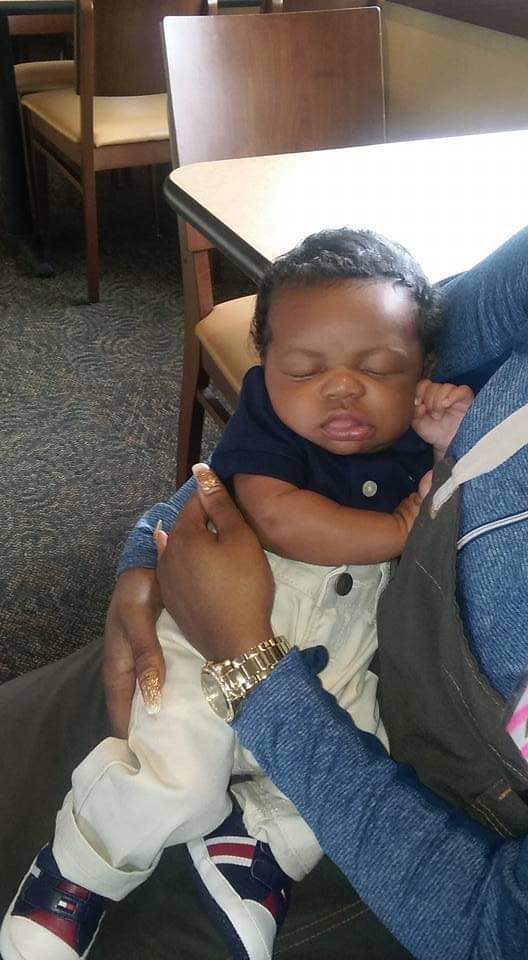 The little man George Owusu Afriyie has inherited everything his parents suffered whiles they were alive. The family of Mr Owusu-Afriyie and Ophelia Owusu-Afriyie has been banned from going near the properties of the late couple after their death. The Owusu-Afriyie's were coming from a wedding ceremony when they had a terrible accident in November last year. The husband Owusu-Afriyie was there when his nursing wife brought him news of her younger sister getting married. The wife Ophelia had anticipated going to the wedding alone, but the husband forbids her from going, on the note that she had just delivered in August 2020. Ophelia was worried about how her husband was going to make her miss the wedding of her younger sister, so the husband not wanting to offend his nursing wife, volunteered to send them to the wedding by road. The wife and the young George who was a month old was driven by Mr Owusu-Afriyie to the wedding in September 2020.

They were coming from the wedding on the Aburi road to Medina when their side tyres blasts and swing the car to incoming traffic. The one-month-old George who was sleeping in his seat strapped to the main back seat was doing well after the accident. But the father and mother never survived. Before first responders were able to get to the scene of the accident, the couple has already been robbed by three junkies who were smoking in a nearby bush. The junkies when they heard the sound of the accident, came immediately to get money and valuable items before running away with the items without helping the victims who were not dead at the time.

Both families of the couple, when they heard about their deaths did not even check if the baby George was alive and went straight for their respective bodies. George was still at the emergency unit where the family of both Ophelia and Owusu-Afriyie failed to check on. The respective families placed the couple's body into their preferred mortuary without asking the accident first responders, about the young George who was one month old. The lawyers of Mr Owusu-Afriyie when they heard of the accident, went straight looking for the son George who was to inherit everything. Ophelia's family told the lawyers the child must have been crushed by the accident and they couldn't find his body. They made them feel the child did not survive it, though he was at the hospital.

The layers went to Owusu-Afriyie's family and they became aware of the child but could not tell if he was alive or dead but was certain, he must have died. The lawyer's nerve gave up and went in searching of the child's body from the accident scene to the hospital where the couple were confirmed dead. The lawyers found the child who was at the hospital and was doing fine despite the absence of his parents and the family. The lawyers took custody of the child and settled all his bills and hired a mother for him. The two families after their funeral rites, which saw Owusu-Afriyie and Ophelia been buried on the same day, proceeded to share the properties of the couples with 40% going to Ophelia's family and 60% going to Owusu-Afriyie's family.

The lawyers went with the police and sacked them all from the property sharing and confiscated everything including the two cars of the couples. The lawyers read the will of Owusu-Afriyie and in the will he gave everything to the wife and child. The family demanded the child since he was alive, but the lawyers refused to grant them the power because they view the families as reckless, who was only interested in properties.

Ophelia's family sued the lawyers of Owusu-Afriyie on the will of Ophelia, that if the husband gave everything to her, then the will of Ophelia also stated his family to be in charge when she was not alive. Owusu-Afriyie's family backed the family of Ophelia's lawsuit so they can win together. The case which was filed on 11 January 2021, was given final judgement this morning when the Amasaman magistrate court ruled that, both families should stay away from the properties of the couple. The court again denied Ophelia's family who had a second petition of taking the child from the lawyers. If you wanted the child, you would have searched for him when the accident happened not following the dead bodies, ruled the court. The lawyers will continue managing the properties of the late Mr and Mrs Owusu-Afriyie until the son George grows. George now has a hired nursing mother who takes care of him. 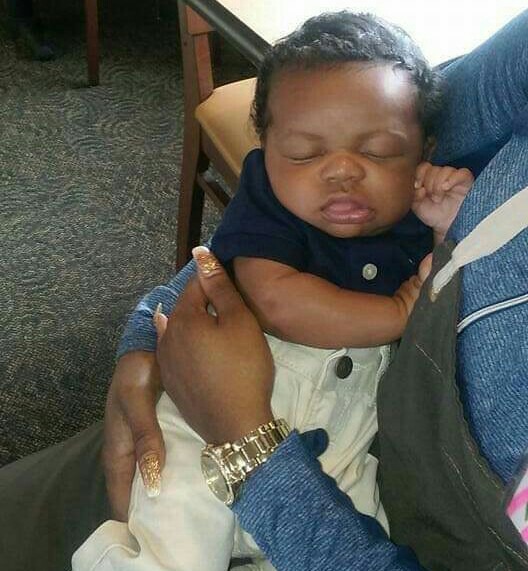 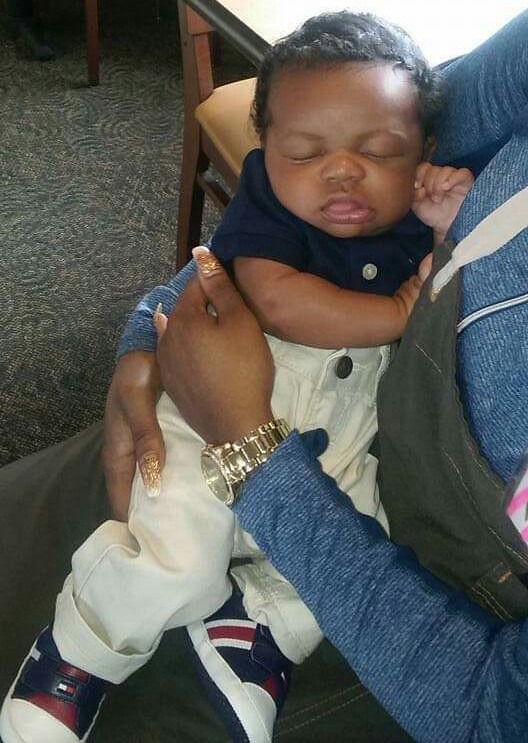