Armed robbery cases has becoming so pathetic in the country in the sense that, day in day out people's homes are being robbed and some even lose the live in the process. 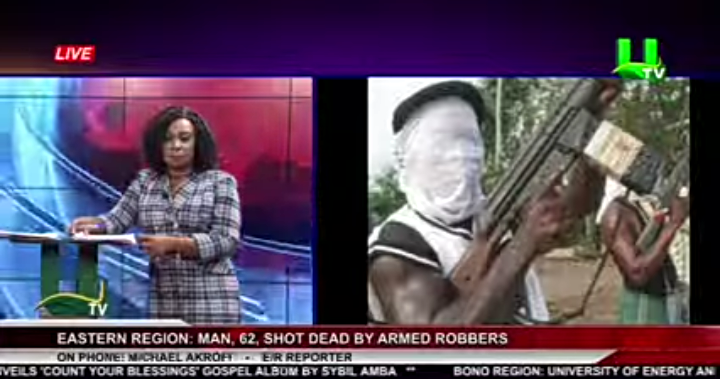 Michael Akrofi reporting to UTV Midday News today, has confirmed that Armed Robbers have strike again in the Eastern Region at a town called Asuom leading to the death of a 62 year old man and woman being robbed by the armed robbers.

According to Micheal Akrofi, Around 3am this armed robbers went to the house of the woman who sells food and ordered warning shots and demanded her to bring all her money. This woman did not hesitate to give them the money. So when the armed robbers were done with her and were going, they saw this 62, year old man who helps the woman in her food business sleeping in the corridor, so the armed robbers being afraid that the man will attack shot him. 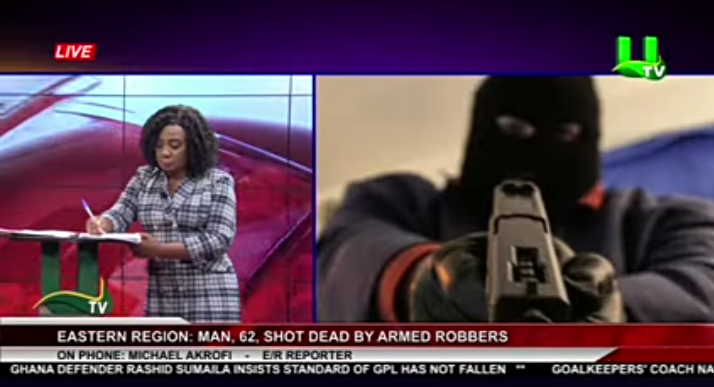 The residents of the area there pleaded in the new Inspector General of Police to come to their aid since the robbery cases and killings are getting out of hands in that area.

"Robbery and killings has indeed becoming unbearable in this area, just recently armed robbers attacked a Roman father, a boy was also kidnapped and just 4 days today some gang of armed robbers attacked traders and fired many shots. This is all due to the galamsey in this community, we plead on IGP, Mr Dampare to bring his men to come and stop this galamsey so that the robberies and killings will be reduced for us." Residents revealed.

In my opinion the president needs to put much effort to stopping galamsey and I think this kind of robberies and killings will be reduced. You can leave your opinion below and share, don't forget to follow my page for more updates.