Two individuals have been arrested in connection with the attack on the Nkoranza Police Station.

By BloggersSon (self media writer) | 1 month ago

Police in the Bono East Region's Nkoranza have arrested two suspects in connection with an attack on the Nkoranza Police Divisional and District Headquarters.

The Police Stations were besieged by an outraged mob on Tuesday, May 17, 2022, who attacked the facilities with all kinds of deadly devices.

The mob was purportedly protesting the death of Albert Donkor, an armed robbery suspect who was killed by police during an anti-robbery operation.

To restore peace and order, police responded accordingly, including bringing reinforcement units from the Regional Headquarters and neighboring regions.

Six suspects in police custody escaped during the incident, and extensive efforts are being made to apprehend them.

Six people were injured as a result of the incident and were sent to St. Theresa's Hospital in Nkoranza. One of them died while undergoing treatment, according to hospital officials, and five others are currently admitted and responding to treatment.

According to a statement published by the Ghana Police Service's Director-General, Public Affairs, DCOP Kwasi Ofori, "all other persons engaged in perpetrating this horrific act are being sought to face justice."

According to the statement, "all law-abiding residents can go about their socioeconomic activities without fear or interference because the Police will do whatever is necessary to defend their lives and property." 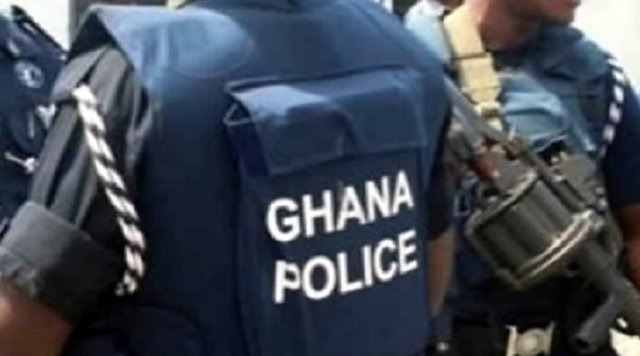 Content created and supplied by: BloggersSon (via Opera News )