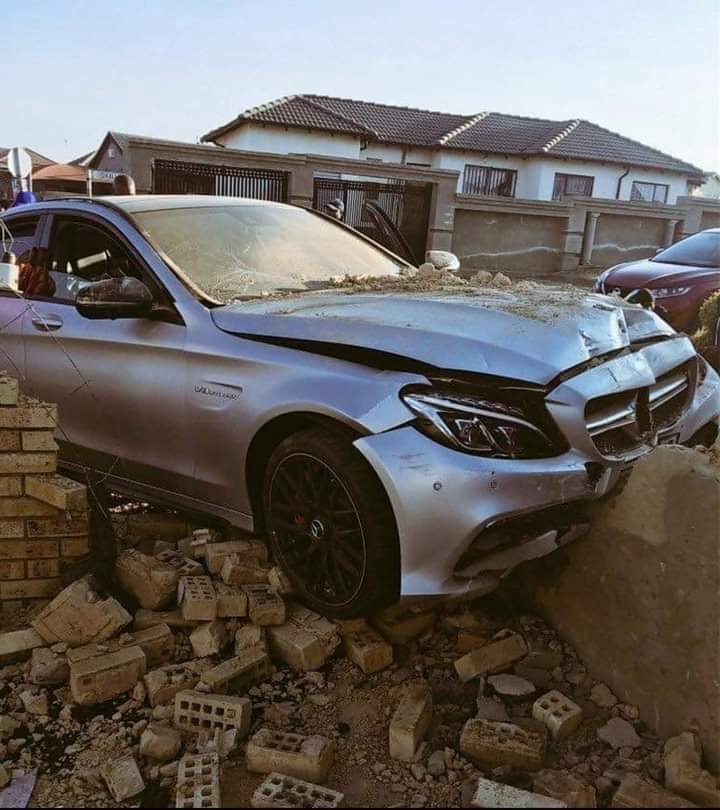 The driver of a Mercedes Benz saloon car with a DV registration number has gotten his head into troubles with no ending after he deliberately crashed a car he was delivering to a customer this morning, at Pantang road. The driver who works with Osons Car Park is a delivery driver and a brother to the owner of the company. Yusif nobody knew what was going through his veins before he ended crashing the newly bought car a client was to take. Edward Brefo Mens had paid for the C Class Mercedes saloon but he was out of the country to take delivery of the car. Edward who lives on the Pantang Stretch arrived in Ghana on the 22 of April and made calls for his car to be delivered. Yusif who is the head of the delivery team at the car park, was called by his brother to make the delivery to Edward when there were other competent drivers there to make the delivery.

Abubakar who started the car Park with loans, trusted his brother to help him build the company from start to glory and that was the main reasons he made his brother the head of delivery so he can supervise every car delivered to their Park from outside and cars delivered to customers who had just bought the cars. Abubakar was home when Edward phoned him to make plans for the car to be delivered yesterday, but Yusif was not around to make the order complete and delivery was scheduled for this morning.

Yusif who is fasting, could not concentrate on the road when he saw a nice woman passing by. On the stretch of Pantang just after the psychiatric hospital, was where a nice woman crossed Yusif. The man had been searching for a wife for almost three years now, and couldn't stop admiring the creature he had just seen. Instead of stopping and talking to the woman, he did no such thing but was admiring the beauty while he was driving on the road. An uncompleted wall that housed a self compound two bedrooms was crashed when Yusif failed to look forward rather than admiring the beauty of the woman he had just seen.

There was no collateral damage to Yusif's health as the seat belts and the cars sensor system helped him to be safe. But the front wheel of the left tyre blasts while the entire front bonnets were all destroyed. Engine and other inbuilt systems haven't been examined to determine the whole damage to the car. Yusif was shocked with cries when the accident happened but his brother Abubakar was calm when he heard of the accident. He was more concerned about the life of his brother than the damage to the car. The owner of the two-bedroom self compound house whose wall was crashed had stopped Yusif from even making calls to his brothers when they thought he wanted to run away. The owners are demanding Yusif pays the full cost of the damaged wall from beginning to end. The owner Fiifi argues that the crash on the wall has weakened all the remaining walls and needs to be torn down to make a fresh start or the wall might collapse in the future. Fiifi who hasn't even estimated the damaged wall is demanding 34,000 for the wall alone. Abubakar is on the way to the accident site whiles Yusif continues arguing with them to be considerate and help them settle it amicably without police invitations. 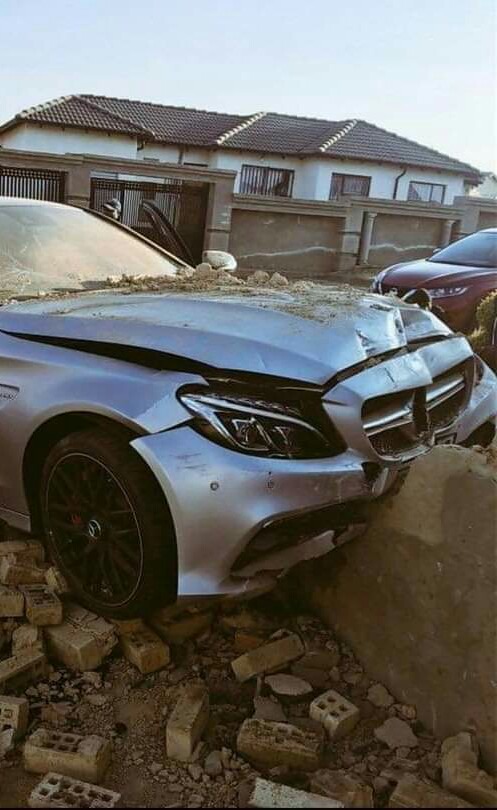 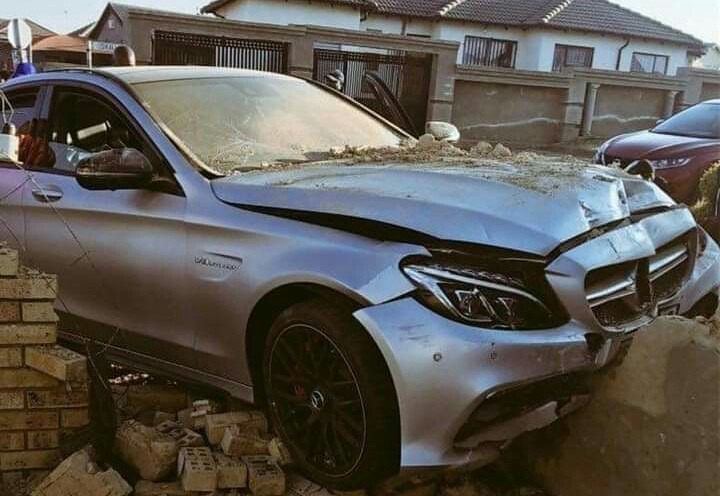