SAD: A 10-year-old Boy allegedly hangs himself in Kumasi In The Ashanti Region; Check Out Details

By Juniorholy96 (self media writer) | 3 months ago 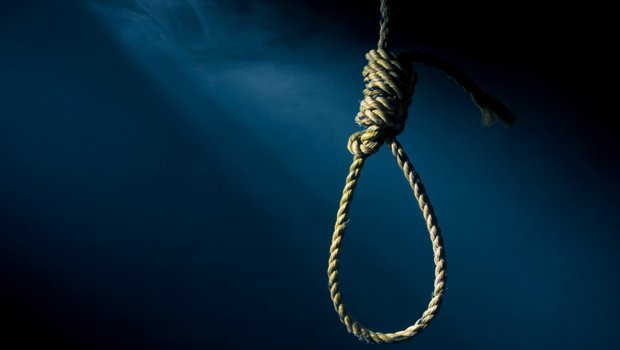 The rate at which crime is going on in the country is getting out of hand and if care is not taken and these types of crimes have escalated, the country will be in a lot of problems.

The most surprising aspects of crime in Ghana are murder and suicide. It is now common to hear in the news that someone has killed his girlfriend. People ate no more afraid to kill their fellow human beings for whatever that they may think of using it for.

Suicide is also on the rise to the extent that young people who you will not think will get involved in this are getting in it and ending their lives day in day out.

In a recent report, a 10-year old boy whose name is currently withheld has allegedly committed suicide by hanging in Kumasi.

The boy was found dead in his room with his neck in a noose which was tied to a ceiling fan with his legs resting on a mattress.

According to reports, a kitchen stool and a ladder were seen in the room when eyewitnesses visited the crime scene.

According to Assistant Superintendent of Police (ASP) Mr Godwin Ahiayo, the Public Relations Officer of the Ashanti Regional Police Command who confirmed the incident said, on Monday, August 9, 2021, an elder brother of the deceased by the name Yaw Akuoko Sarpong came to the station to complain about his brother’s death.

ASP Ahiayo said the complainant informed the police that on his return from work on Monday 9th August 2021 around 3 pm, he found the lifeless body of his brother, hanging on a ceiling fan in one of the rooms in their house at Atonsu S-Line in the Kumasi Metropolis.

ASP Ahiayo used the opportunity to appeal to residents who may have any information about the death of the boy to relay it to the Police to help in ongoing investigations to unravel the main cause of the boy's death.

The lifeless body of the boy has since been deposited at the Komfo Anokye Teaching Hospital (KATH) morgue in Kumasi, for preservation and autopsy.