The fixtures for the 2022/23 betPawa Ghana Premier League, GPL, has been released by the Ghana Football Association, (GFA) with the competition set to start on the weekend of September 9 - 11.

Defending champions Asante Kotoko have been handed a tough draw in their opening five fixtures of the season with the Porcupines, set to play arch rivals Accra Hearts of Oak and two GPL debutants, Nsoatreman FC and FC Samartex 1996 along the line.

The Porcupines will open the defence of their title with a home game against newly promoted Nsoatreman FC at the Baba Yara Stadium in Kumasi in a game the away side will look to impress. 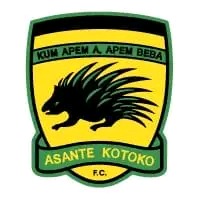 Kotoko will make the short trip to the Ahafo region for their second game of the campaign against a Bechem United side that were unbeaten at the Nana Fosu Gyeabour Park last season.

The Porcupines will return to the Baba Yara Stadium for their third game of the campaign to welcome their bitter rivals Accra Hearts of Oak in the biggest game of the first round of the season.

The Garden City derby will be in store for Asante Kotoko on Matchday Four when they play as the away side against King Faisal Babes at the Baba Yara Stadium.

King Faisal were a torn in the flesh of Asante Kotoko last season, and, they can be a handful again for their more illustrious neighbours on their day.

On Matchday Five next season, Asante Kotoko will host promoted FC Samartex in Kumasi to close the opening five games of their campaign.

The matches coming up are tough on paper for the record Ghana champions, and, it will be interesting to see the number of points they will amass as they seek to defend the league title they won by a distance last season.