The only surprise of the afternoon was Erling Haaland's failure to score on his home debut, but Manchester City sent an ominous warning to the rest of the Premier League by thrashing Bournemouth 4-0 on Saturday. 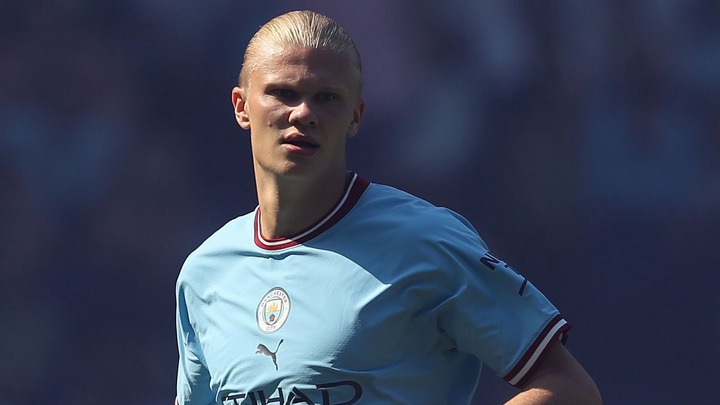 At the Etihad Stadium, goals from Ilkay Gundogan, Kevin De Bruyne, and Phil Foden in the first half put the hosts in command, Jefferson Lerma's own goal gave Pep Guardiola's team a late fourth goal.

Erling Haaland assisted Ilkay Gundogan last Saturday afternoon as he scored Manchester City's 50th goal overall while serving as captain, before Haaland slipped the German through on goal, two Bournemouth players were squeezed together on the edge of the box. On 31 minutes, De Bruyne scored after cutting in from the right flank and finding the corner of the net with a delightful curler using the outside of his foot, With the Belgian international goal, he now has 16 Premier League goals, more than any other Manchester City player since the start of last season.

Bournemouth made the error of attempting to attack their opponents only six minutes after conceding their second goal, they lost the ball because there were too many players forward and twinkle-toed De Bruyne's run down the left was picked out by Riyad Mahrez, and the playmaker then sent Foden through on goal. 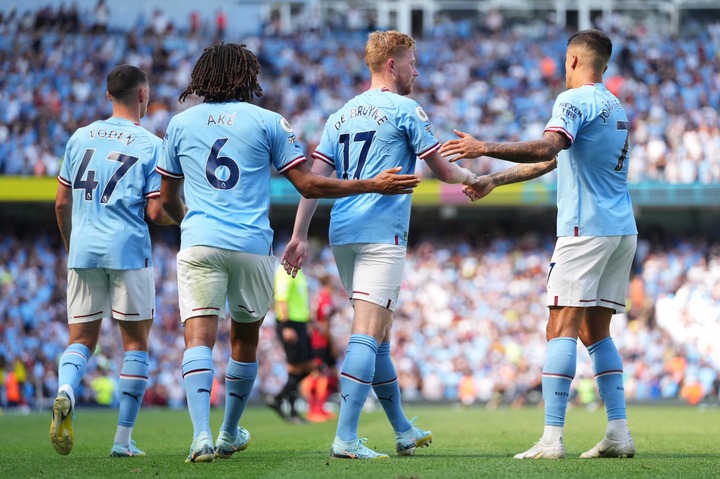 The Premier League champions entered the dressing room after a comfortable performance and a blistering first 45 minutes at a sun-drenched Etihad Stadium, leading 3-0 at halftime thanks to goals from Ilkay Gundogan, Kevin De Bruyne and Phil Foden 37.

Guardiola replaced Phil Foden with Jack Grealish right before the break, with 11 minutes remaining, Grealish's lofted pass set Joao Cancelo free on the left byline, and after cutting back inside, the fullback's low-driven cross was diverted into his own net by the unfortunate Lerma's outstretched foot.

In their last 30 Premier League games, Guardiola's club has only lost once, winning 25 and drawing four. That defeat came in February against Spurs, which they lost by a 2-3.