These Are The 11 Top Rated Players From Yesterday League Games

By HonEhEs (self meida writer) | 11 days

Now, here are the top 11 players who had a good game yesterday. And this information is based on 3-4-3 formation.

Mendy has been a solid goalkeeper for Chelsea since his arrival which even made him and the team won the Champions League and Super Cup and yesterday against Aston Villa was no exception. He had six(6) saves and two(2) punches which placed him at a rating of 8.6 above all players on the field.

Bardakci plays for Konyaspor in the Turkish Super Lig. Yesterday against Altay, he played very well and help his team won by three goals to one (3-1) of which he scored one(1), and had two(2) shots on target.

Peres had a brilliant game yesterday against As Monaco. He assisted one(1), blocked one(1) shot, made two(2) clearances, two(2) key passes, created two(2) big chances, and had a pass accuracy of 79.2%.

Daniel had a good game against Mallorca yesterday. He scored one(1), made four(4) clearances, blocked two(2) shots, made 86.5% accurate passes, and also had two(2) shots on target which was enough to help his team achieve success yesterday.

Kovacic we all know is a great footballer which was reflected in yesterday's match against Aston Villa. He scored one(1), assisted one(1), created one(1) big chance, one(1) shot on target, Ninety-one (91) touches, and had 83.8% accurate passes.

Former Manchester United star was fire against Clermont Foot yesterday. He scored two goals(2), had two shots on target, and had 94.2% accurate passes. He was rated high above all the players on the field.

Wendel a 24 years old Brazilian player had an impressive game yesterday against Akhmat Grozny of which he scored one(1) goal, had four(4) shots which one was on target, created one(1) big chance, and made four(4) key passes.

Dortmund had a run on Bayer Leverkusen in their fourth(4th) league game yesterday and all thanks to Haaland who showed masterclass on the field. He scored two(2) goals, assisted one(1), had three(3) shots on target, created two(2) big chances, and made two(2) key passes which were enough for a win.

Tom helped his team achieve success against Go Ahead Eagles yesterday in the Eredivisie Division. He Scored two(2) goals and had three(3) shots on target.

He's a Senegalese player who plays his trade in France with Olympique De Marseille. He was in the Marseille-B team who got promoted to senior-level due to his hard work, which then has reflected in yesterday's game against Monaco. He scored two(2) goals, had six(6) shots of which two(2) were on target and 76.4% pass accuracy. Which was enough to secure a win. 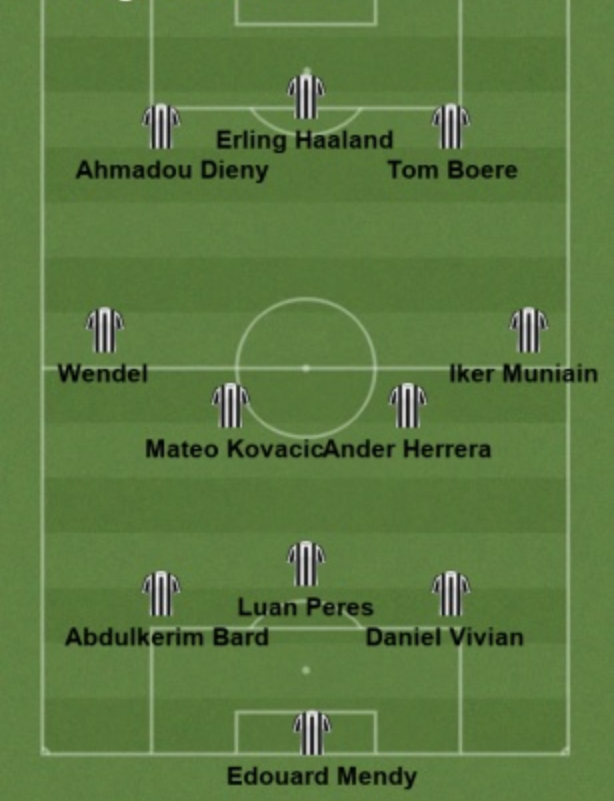 Which Player? Do You Think Should Have Been Here