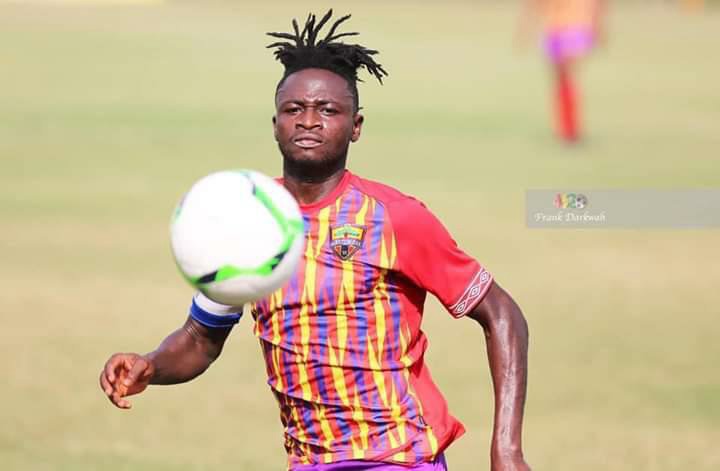 Accra Hearts of Oak began the second round of the 2020/21 Ghana Premier League on a high after dispatching Aduana Stars on Sunday at the Accra Sports Stadium.

The Phobians inflicted the sweet revenge of the first round on the Ogya Boys to keep up with the title chase which has eluded them over a decade.

A 2-0 win with goals from Victor Aidoo and Patrick Razak’s effort which gifted Hearts and own goal by Hafiz Adams, ensured the 20-time Ghana champions earned all three home points.

The 2000 CAF Champions League winners had mother luck smiling on them when Aduana Stars Hafiz Adams pushed in an own goal from Patrick Razak’s effort.

Captain of the side, Fatawu Mohammed says he wants to break the over a decade trophy drought.

“They already Fatawu, so I don’t have to say much about Fatawu.

“What I will just say is that, I will keep on fighting, pushing hard.

“Sure at the end of the season, Fatawu is going to lift the cup.

“Hearts of Oak eleven years now we haven’t got the cup.

“So we will use that eleven to plus the eleven so that it will be triple eleven.” Fatawu Mohammed told Hearts of Oak YouTube channel.

Hearts of Oak suffered same score line against Aduana Stars in the first round at the Nana Agyemang Badu Park.