By JNTurkson (self media writer) | 26 days ago

The football governing body, UEFA, usually reveals the rankings of European football clubs by putting together the points for each team in what is dubbed the 5-Year Club Ranking. The ranking is based the club's performance across the 5 seasons under review in European competitions specifically, the UEFA Champions League (UCL), the UEFA Europa League and the recently added UEFA Europa Conference League (UECL). The latest rankings spans from the 2017/2018 football season to the current 2021/2022 football season.

The first spot is taken by German club, Bayern Munich which is not surprising. The German side has proven to be a force to reckon with in recent times -winning the UCL in the 2019/2020 football season. Surprisingly to some, Manchester City FC is at the 2nd spot. Manchester City FC was Runner-up in last season's UCL. The 3rd and 4th spot are also occupied by English giants, Liverpool FC and Chelsea FC respectively. Chelsea FC are the current holders of the UCL title with Liverpool FC winning it in the 2018/2019 football season. Manchester United are at the 8 spots below Manchester City FC and Arsenal FC is at the 12th position.

Real Madrid CF and FC Barcelona are at the 5th and 6th spots respectively. The two Spanish sides have not been at their best in recent times when it comes to the UCL.

Check below for the first 20 teams in the UEFA latest ranking: 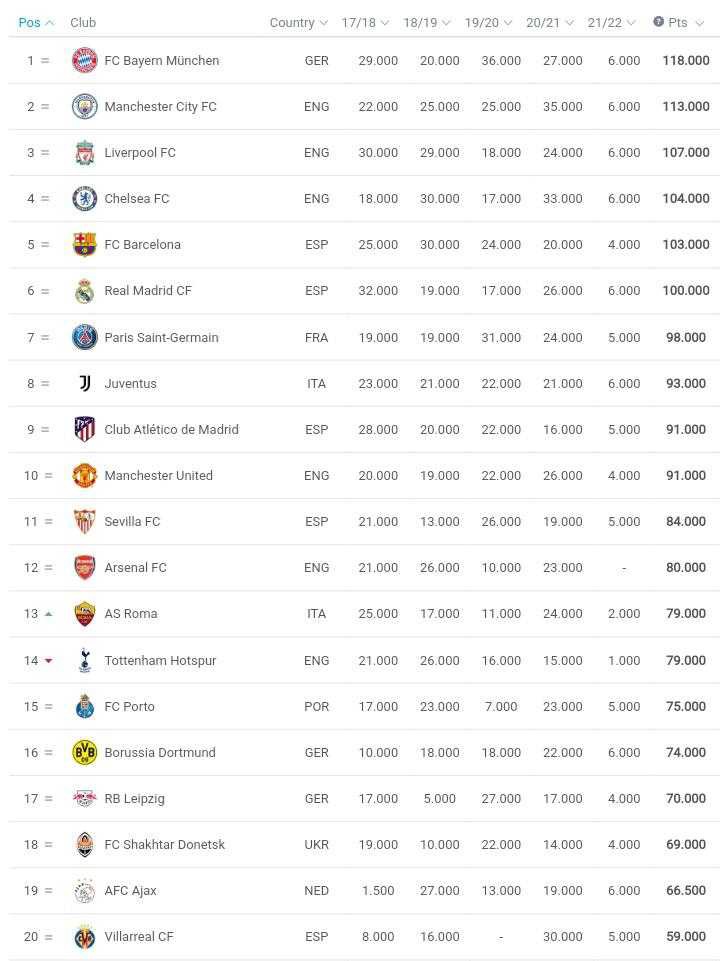