Frankie De Jong - The true rebirth of the libero 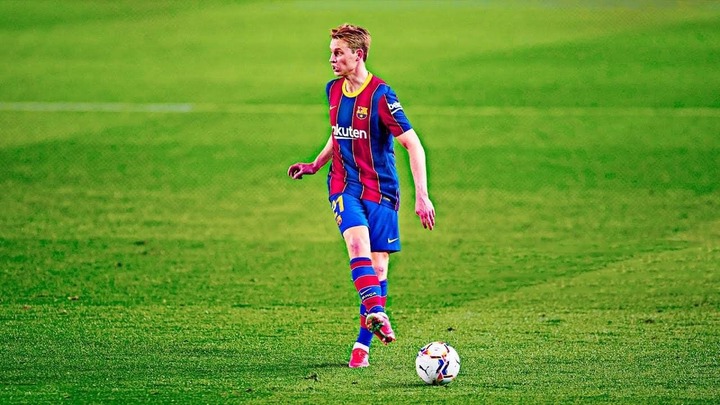 A while ago I remember reading an article about Busquets, in which the author argued that Busquets is the closest reincarnation of the traditional libero we will ever see in our lifetime. However, I must disagree, although I can understand the reason why he thought so. First off, what exactly is a libero? A libero is an Italian word and basically means ‘free’. Libero’s were very common from the 1960s to the 1990s, where the primary role of the libero was to clean up anything that the two other center backs would let pass. Nevertheless, as the game evolved the libero got more of an attacking role in which he would drive the ball forward while trying to find a pass that could penetrate the defense.

Ronald Koeman played this role at PSV with great success, he won numerous trophies and one European Cup. However, it was not until Koeman arrived at Barcelona under Cruyff that he perfected this role. Still, there was one twist, Cruyff wanted to play with Guardiola, a defensive midfielder, in front of the libero. One might think that they would get in each other’s way, but instead, they completed one another.

When De Jong arrived in 2019 it was for all to see that he was immensely talented, but it always felt like Busquets and the Dutchman restricted each other, especially when Koeman decided to go with a 4-2-3-1 this fall. Yet all this changed when Koeman opted for a 3-man defense. He has truly started to flourish as a midfielder in this setup, but the thing that has caught my eye the most is when he is being deployed in the 3 man defense. Here De Jong and Busquets have performed in a perfect symbiosis, much like another Dutchman and Spaniard 30 years prior. Busquets is a midfielder with defensive responsibilities, while De Jong, a libero, is a defender with offensive responsibilities.

The libero has been revived, and De Jong is the only player I can think of that can truly play this position in this day and age. At 23 De Jong has proved to already be a generational talent, not only does he has an amazing technical ability, but he also has the intelligence to play anywhere on the pitch, even if the position he has to play is extinct.