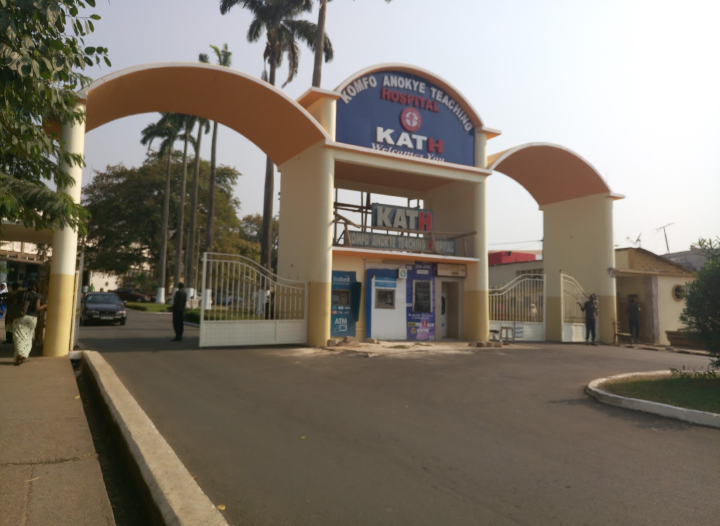 The British firm, Gee, Walker & Slater Ltd., was engaged in 1952 to construct a new hospital complex which was completed in 1954.

According to a report by the Chronicles, the hospital costed 2.5 million pound sterling. And started as a 510 bed capacity to cater for the growing population of Kumasi and Ashanti,

The hospital was initially named the Kumasi Central Hospital during the period of Prempeh II, [the 14th Asantehene].

Samuel Gee, whose name became synonymous with the hospital in Kumasi was the lead contractor for the project.

On completion in November 1954, the first President of the Republic of Ghana, Dr. Kwame Nkrumah of blessed memory, commissioned the hospital, which started operations in March 1955.

In 1957, the hospital was renamed Komfo Anokye Hospital in honour and memory of the legendary traditional priest, Okomfo Anokye Afriyie).

History has it that, Samuel Gee, after the construction of the hospital, attempted to pull out the Komfo Anokye sword, at times using heavy-duty machinery, but failed.

He abandoned the idea after several efforts, because at each effort the sword showed signs of disappearance and reappearance, which frightened him.

In 1964, Muhammad Ali, the American World Heavyweight Boxing champion, on a visit to Ghana, had the opportunity to put his strength against the sword. After several attempts, he gave up the idea.

It is also told that several failed attempts has been made by others. But until date, the Komfo Anokye's sword still remains in the ground, and is still pull-proof."

Brushing teeth at THIS time of day is linked to a longer life, says study

Pregnant Women, You May Suffer These 2 Complications If You Are Not Taking Folic Acid.

6 Common Diseases That Are "Silent Killers" And How You Can Prevent Them.

Attitudes That You Should Never Accept Or Endure In A Relationship

John Dramani Mahama Is The Best; Things Are Getting Worse Under Nana Addo - Albert Speaks.

Disadvantages Of Making Love With Your Wife During Her Monthly Period