Ghana Premier League giants Asante Kotoko have defeated Aduana Stars by two unanswered goals to assume the scalp of the league table. Cameroonian George Mfegue scored the first goal and Richmond Lamptey added the second to ensure their side wins a league match for the first time in Dormaa.

Asante Kotoko now sit at peak of the table with 23 points, leading King Faisal, who will be playing Bibiani Gold Stars tomorrow by three points.

The win will cool off pressure on coach Prosper Ogum and his lads as they lost to King Faisal to exit this season’s FA Cup Competition. 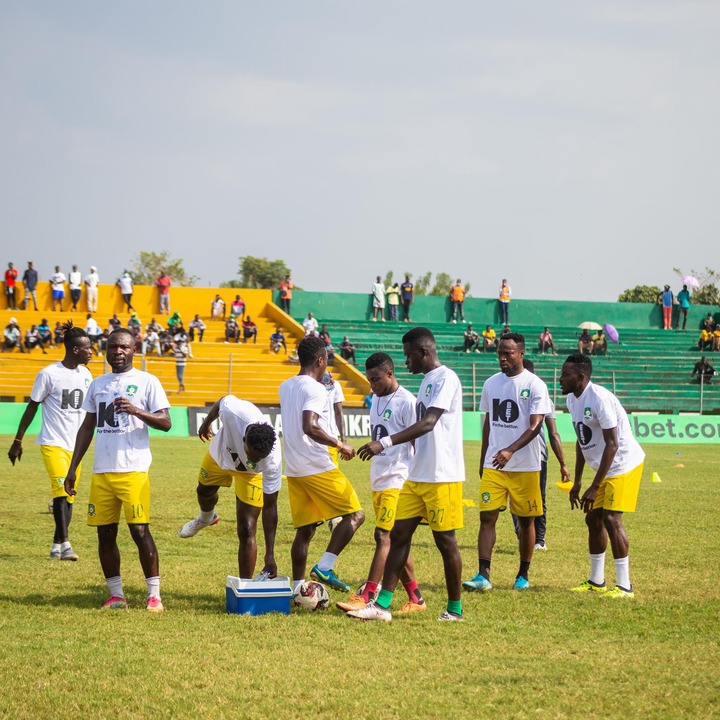 Aduana Stars appeared ambitious with an early attempt for goal but Asante Kotoko defenders intercepted an replied. Frank Etouga located Richmond Lamptey with a neat pass but his shot at the final third missed target. 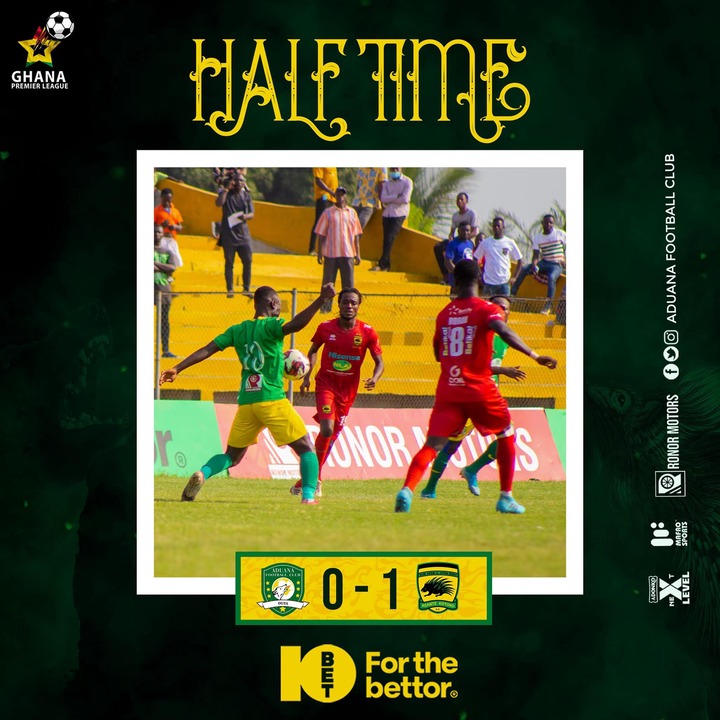 Aduana Stars got a way out with an attack but had a corner which was wasted. Mudasiru Salifu launched attack for Asante Kotoko through free kick but was stopped, which turned into a counter for Aduana Stars but Richard Boadu intervened.

Aduana Stars tested Asante Kotoko goalkeeper Danlad Ibrahim but he dealt with it.

Asante Kotoko had their way by scoring the first goal of the game. Richmond Lamptey made an attempt to score but got his ball deflected for corner. The kick was delivered by Imoro Ibrahim which was connected by George Mfegue into the net. 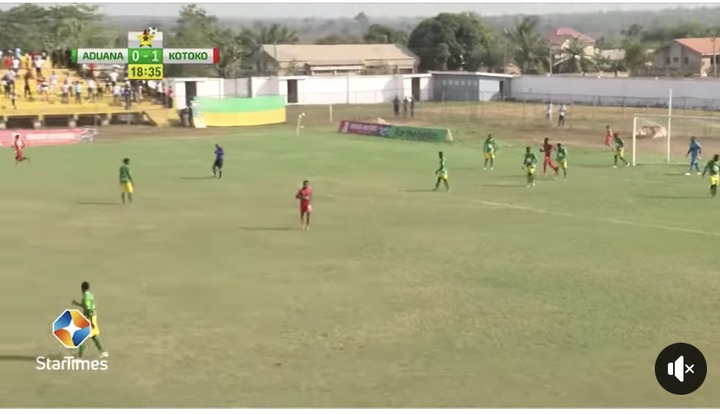 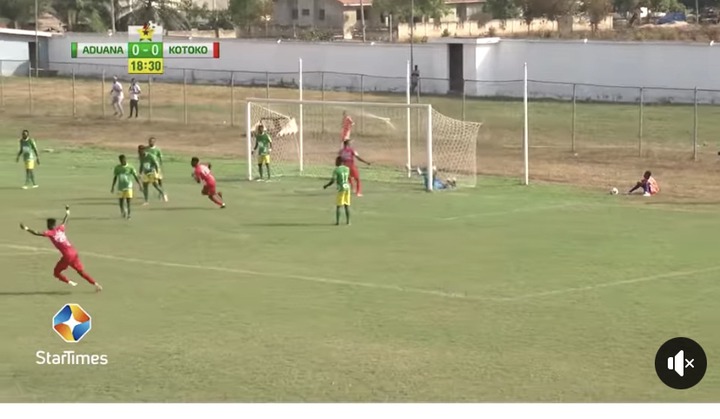 The porcupine warriors lifted their performance following the goal as Mudasiru Salifu unleashed a powerful shot which rattled the cross bar.

Aduana Stars came through with a drive but was wide. Asante Kotoko had their lead intact at half time.

Aduana Stars picked up in early minutes of the second half with a dangerous move but was defended by Stephen Amankona.

Asante Kotoko responded but not potent enough, and Aduana Stars later directed a shot at goal but Danlad Ibrahim had it under control.

Samuel Bio made an effort for Aduana but could not get his way out, Aduana Stars pushed more men forward as they combed for equalizer.

Richmond Lamptey increase the tally for Asante Kotoko from rebound.

Aduana Stars pilled pressure in the closing stages of the game to get a goal but could not succeed.

Asante Kotoko ended the entire duration with two goals and smashing a record, that is, winning a game for the first time in Dormaa Ahenkro.