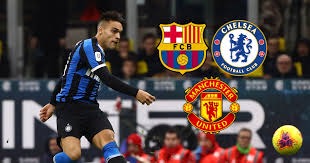 According to the report, Dortmund have told Manchester United that Jason Sancho won't be sold unless £115 million demands are met by August 10.

The Red Devils need to be hurry in the deal before it gets off on the deadline.

United are willing to sell Phil Jones this summer and have decided against operating on the defender to boost their hopes of offloading him.

Jones made just eight appearances for Manchester United this season with his poor run of injuries continuing.

Henderson is expected to stay at United as they are trying to convince him with a huge offer following his future at Old Trafford.

According to the report, United have changed their plans for loaning Henderson back to Sheffield United next season, as they believe he can be a replacement for David De Gea.

Liverpool join Chelsea in a race for the transfer of Brighton center-back Ben White this summer.

According to the reports, Leeds United are also interested in the defender but Chelsea are the leading club for Ben White Chase.

FC Barcelona are willing to sign Manchester City defender Eric Garcia this summer but they are only considering the asking price being put on the player.

Manchester City are demanding a price between £21m to £27m plus add-ons for Garcia but it seems Barcelona are not ready to pay that huge for the player.

Cristiano Ronaldo targeted by the French Ligue 1 giant Paris Saint German, as he is considering a move away from Juventus after a disappointing results in the Champions League.

According to the reports, Ronaldo's agent Jorge Mendes will discuss the deal with PSG sporting director Leonardo during the final stages of the Champions League in Portugal.

We Will Never Pay The E-levy Since Government Has Enough Money To Pay $60,000 to Coach Milo- Smart

You have a peach colored lace and don’t have a style yet? Check these