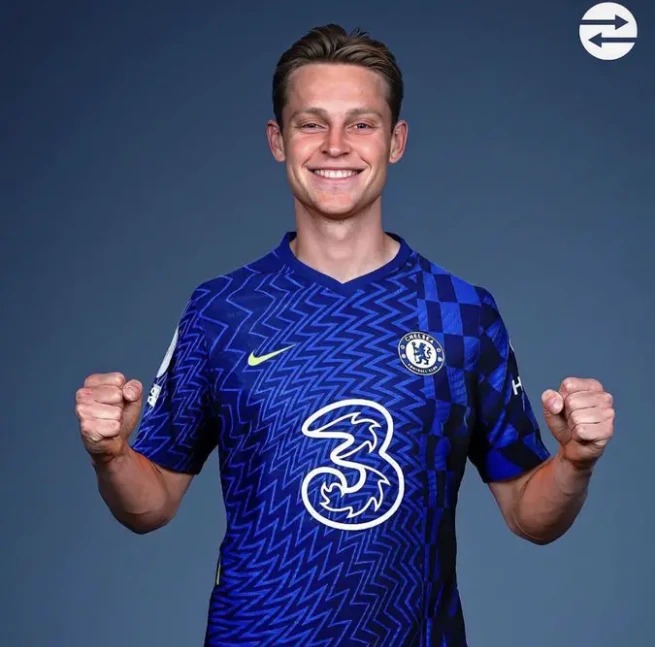 In order to get De Jong, Chelsea is prepared to invest more than 85 million euros.

According to Sky Sports News, Chelsea is prepared to sign both Frenkie de Jong and Pierre-Emerick Aubameyang this summer if Barcelona is willing to let both players leave the club.

According to a report from journalist Kaveh Solhekol, the Blues would be prepared to match Manchester United's offer of 85 million euros to acquire the Dutch midfielder.

Sky Sport Italia reports that Napoli and Giovanni Simeone have come to a verbal agreement about the player's transfer.

The transaction would be structured as a loan with an option to purchase, which would turn into an obligation if specific requirements are reached, despite the fact that it is believed that these criteria will be difficult to meet.

The city of Verona has indicated its willingness to go through with the agreement, leaving only a few kinks to work out.

Tomori has agreed to prolong his time in Milan.

Since moving on from Chelsea to AC Milan, England defender Fikayo Tomori has been in outstanding form, and it seems that he will be rewarded for it with a new contract.

According to Fabrizio Romano, Tomori will extend his contract with the San Siro by five years. Tomori is an important component of the club's vision.

The last-ditch attempt by Manchester United to sign Werner was unsuccessful.

It has come to light that Manchester United also made a last-ditch effort, in the nick of time, to retain Timo Werner playing in the Premier League.

Just two years after leaving the Bundesliga club for Stamford Bridge, the German striker just completed a trade back to his previous club, RB Leipzig, for a fee of £25 million. The deal took place earlier this week.

NAPOLI IS IN DISCUSSION ABOUT NDOMBELE

It would seem like Tanguy Ndombele's time at Tottenham is coming to an end.

Villarreal is said to have some kind of interest in the player, but according to Sky Sports News, it is Napoli that has initiated conversation.