By Rexbank (self media writer) | 8 months ago 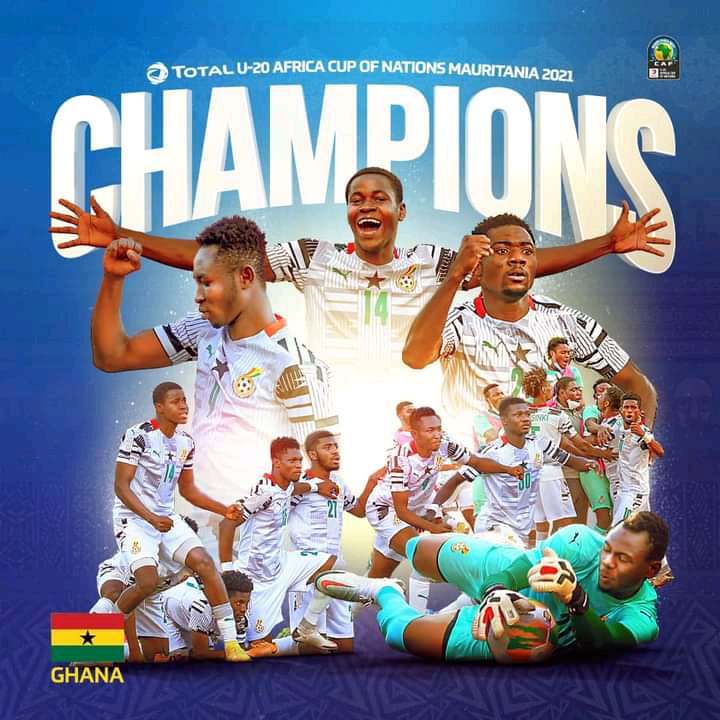 A brace by captain Daniel Barnieh in the final of the Total U-20 Africa Cup of Nations on Saturday handed Ghana her fourth continental trophy at that level.

The Hearts of Oak forward scored in each half of the game in Nouakchott, Mauritania to give the Black Satellites a 2-0 win over the Hippos of Uganda, who were making a maiden appearance in the tournament.

Saturday’s final at the Stade Olympique had seen a steady build-up by both sides as they had each lost once in the tournament.

Ghana relinquished a 1-0 lead to lose 2-1 to eventual Bronze medallists Gambia in their final Group C game while Uganda lost 1-0 to Cameroon in Group A.

But both sides upped their play in the knock-out stage to reach the final.

The Satellites beat Cameroon on penalties in the quarter-final and The Gambia 1-0 in the semi-final to get to the final.

The Hippos, on the other hand, beat Burkina Faso on penalties in the quarters and handed a 4-1 heavy defeat to Tunisia at the penultimate stage to make it to the final.

Having won the title 12 years ago, the Satellites showed more hunger in the game, hitting the cross-bar twice.

Luck, however, smiled on them as Barnieh flicked a corner kick into the Uganda goal to open the score in the 22nd minute.

He again latched on to a deflective pass from Dreams FC attacker Percious Boah in the second half to double Ghana’s lead.

No wonder, he was named the Man of the Match.