Attention to what may be one of the biggest news getting to the end of the summer market. The Parisian squad has quite advanced negotiations for the Manchester United striker, according to reports from France.

As reported by the French newspaper L'Equipe, PSG is interested in acquiring the services of Marcus Rashford to enhance its forward for the current season and with the aim of having more pieces in the rotation to be able to compete on all fronts.

The Parisian team, as we announced a few days ago, intends to close three more additions in this market with the aim of having a squad with endless variations. The three signings they are trying to close are those of a central defender ( Milan Skriniar ), a central midfielder ( Fabián Ruiz ) and a striker, who seems to be the Manchester United attacker. 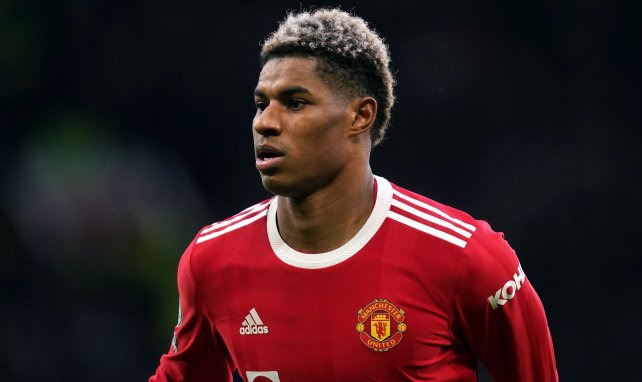 Marcus Rashford is an option that Luis Campos likes a lot due to his versatility (he can play on the left and as a center forward) since his contract ends in the summer of 2023. It is not known if he intends to renew with Manchester United, which is also looking for an attacker to power the rotation with Erik Ten Hag.

PSG asked about the situation of the Manchester United attacker to try to close his incorporation. Luis Campos offered him an important role in the project, taking into account that he would play the role of Ángel Di María.

The Parisian team continues to work on the signings they want to finish putting together a top-level squad to win as many titles as possible. The project started on the right foot with a title and an impressive debut in Ligue 1, but there are still things missing to have the best squad in the world.

Statistics Between This Trio Forward Across All Competitions In Europe.