By AdamuMuftawu (self media writer) | 18 days ago 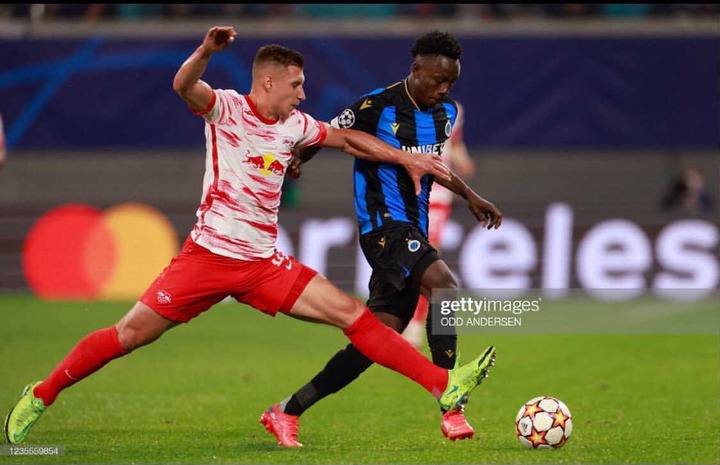 Rising from the ashes, noise and almost hopeless life of a Zongo community to playing in Europe’s biggest football competition, the UEFA Champions League, is certainly a dream one cannot help but celebrate greatly. A product of the famed football Academy Right to Dream, Kamal Sowah passed a trial at English club, Leicester City in 2018 where he signed a deal until 2022. Now 21-years, he was sent on a one-and-a-half year loan to Belgium club, OH Leuven which is also owned by King Power for more playing time. He had a perfect season at OH Leuven where he scored very important goals for the side in the Belgian Jupiler League. 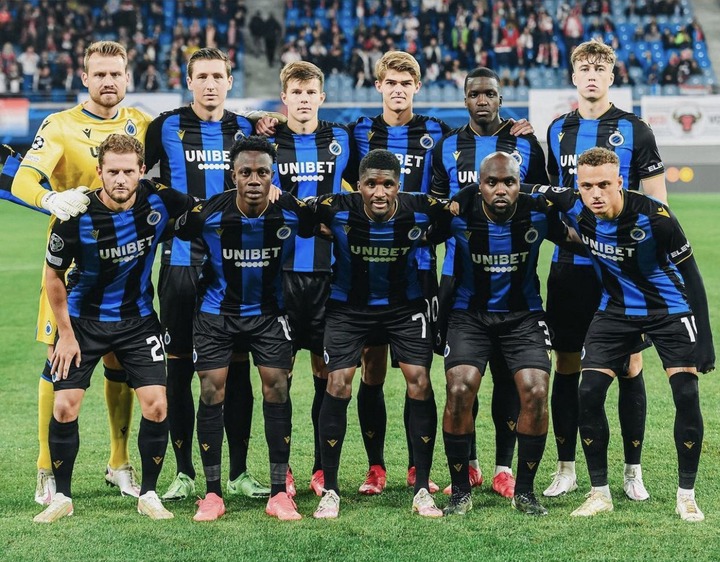 He was in a blistering form for OH Leuven where he enjoyed a double digit appearance with a number of goals to his credit. Ahead of the 2021/22 European season, Sowah signed permanently for Belgium Jupiler League side, Club Brugge for an undisclosed fee but reported to be in the region of €9 million. Sowah has since not looked back and has gone on to make two group stage UEFA Champions League appearances for Club Brugge of which he describes as “living the Champions League dream” in a tweet. 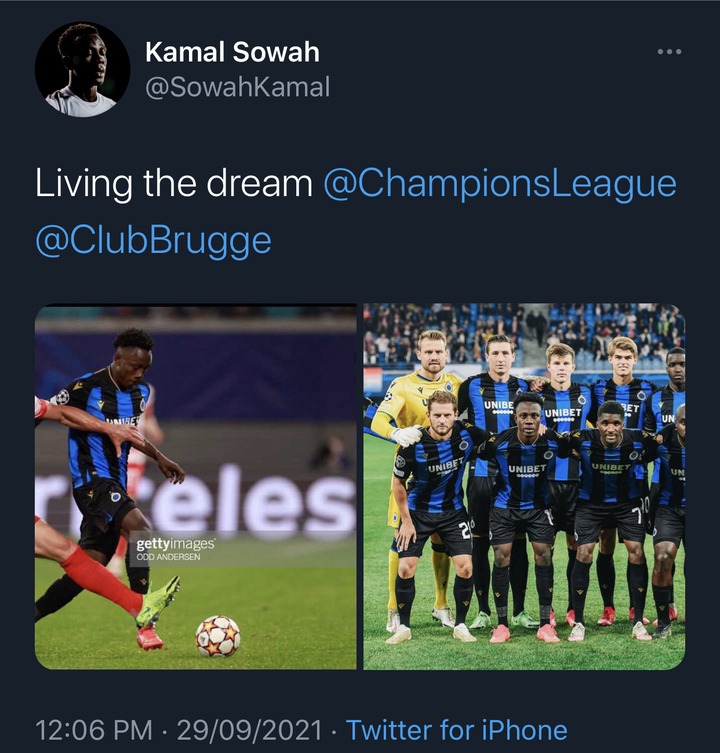 Kamal Sowah played 68 minutes in Club Brugge’s 2-1 victory in their second Champions League group game against RB Leipzig at the Red Bull Arena in Leipzig on Tuesday. He has so far played three matches for Club Brugge with no goals and yet to assist in the Belgium Jupiler League. The Belgium club are second in group A of the Champions League, level on 4 points as French giants, Paris St Germain with Manchester City following in 3rd on 3 points and RB Leipzig bottom without a point.