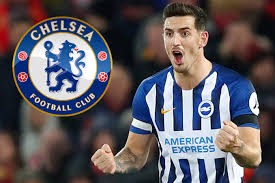 Chelsea needs to strengthen their defence next season in order to be able to compete well in the premier league. The Blues conceded 54 goals in the just ended campaign. They conceded more goals than the other teams in the top ten. They have been linked with top defenders in Europe and surly they will secure the services of some of these defenders. According to rumours they are considering a move for Manchester city defender John Stones who is out of favour for Guardiola. West ham's Declan Rice has also been a long target for Chelsea but nothing positive seems to come out of it. Chelsea could have easily signed their old boy, Nathan Ake who has recently sign for Manchester City but Frank Lampard is not pleased with his height.

According to latest rumours, Chelsea have beaten their rivals Tottenham to sign Brighton defender Lewis Dunk. Tottenham were interested in the Seasgulls' defender but he has been a lifelong Chelsea fan and so it wasn't difficult for the Blues to get his signature. Dunk has been a consistent player for Brighton in the three seasons since they gained the promotion into the premier league. He has been with Brighton since the tender age of ten. The 28 year old according to Brighton cost 40 million pounds. Dunk has admired Chelsea's former captain, John Terry, from childhood. John Terry has been his idol. He loves Chelsea and named his dog Didier after Chelsea's legend Didier Drogba. 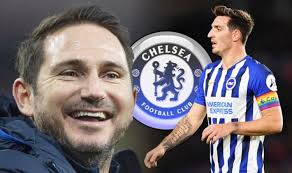 Chelsea are yet to confirm as they are still negotiating the price of the defender. Chelsea owner has already cashed in Hakim Ziyech and Timo Werner. Adding Dunk to the squad will boost the Blues hope next season.

Content created and supplied by: Kari1993 (via Opera News )

Lewandowski During His Unveiling At The Camp Nou.