By showboylamar (self media writer) | 4 months ago 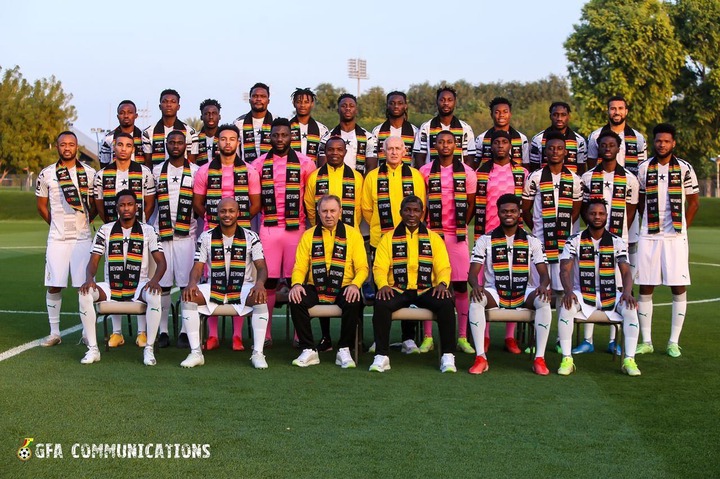 The Republic of Ghana also called Black Stars in football kicks off its campaign with a match against the Atlas Lions of Morroco, many of which people deem it to be called an early final. Ghana and Morroco which are which are both in Group C will be be having their opening match at State Ahmadou Ahidjo. The Black Stars will be making their 23rd appearance of which having won the competition a total of four times. Meanwhile, the Atlas Lions will be making their 18th appearance having won the competition once. 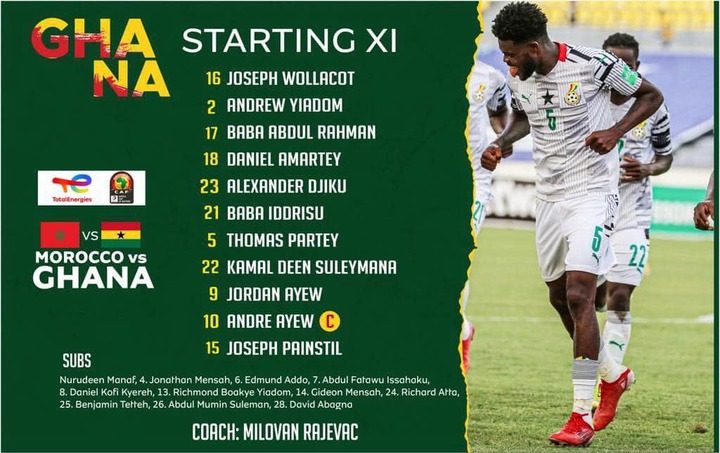 The Ghanaian side will be playing the Ayew Brothers as a duo in attacking positions. Jordan Ayew who plays for Crystal Palace and Dede Ayew who plays in Qatar will be hoping to score more goals to enable Ghana progress to the next stage of the competition. Joseph Wallacott who was absent in the game against Algeria will be however present against Morroco. The defense line includes Baba Abdul Rahman, Daniel Amartey, Alexander Djiku and and Andy Yiadom. Ghana's star player Thomas Partey who has been extremely pivotal for the English side Arsenal will also be in the Midfield position alongside Kamaldeen Sulemana who plays for the French side Rennes, Iddrisu Baba and Joseph Painstil. 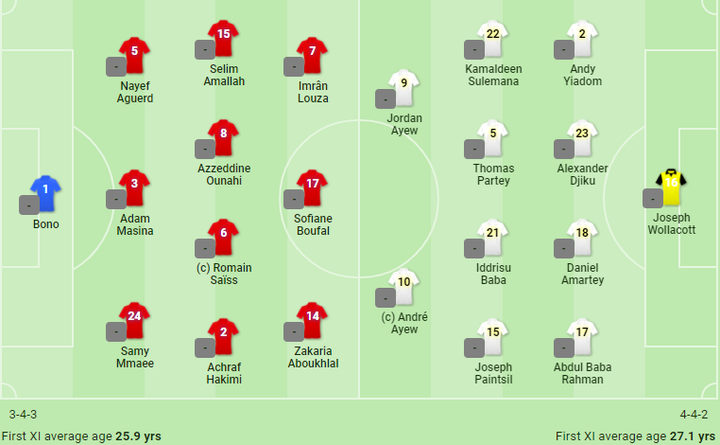 A number of Ghanaian players were absent in the match against Algeria but however present in the match against Morroco and will be looking forward to cause some positive changes. This will be the fourth meeting between the two giants at Afcon. In the previous matches both sides have won one match each with the last one ending in a draw. The Atlas Lions of Morroco won the last match beating Ghana 1-0 in a friendly match. Another bonus fact is that the Black Stars of Ghana will be marking their 100th AFCON match becoming the second country in Africa to achieve that landmark after Egypt.