Why Real Madrid won La Liga so easily: from Koeman. 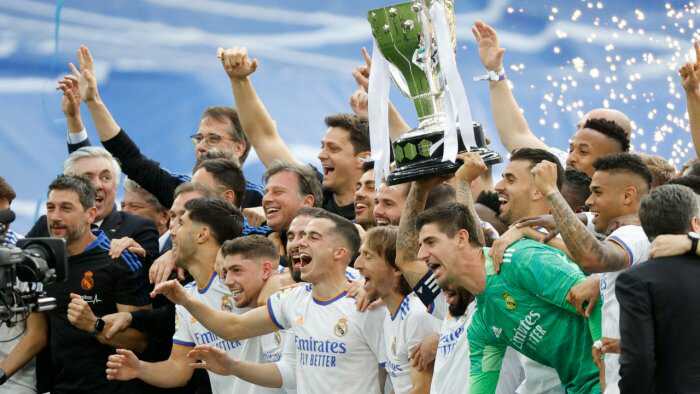 With a 4-0 win over Espanyol on Saturday afternoon, Carlo Ancelotti's side claimed the capital club's 35th title with four games to play.

Whatever you attribute Real Madrid's European success to, whether it was chance, sorcery, or a superior mentality, their La Liga season has been quite the opposite. Carlo Ancelotti's team has cruised to a record 35th title, sealing it with a 4-0 win over Espanyol on Saturday, putting up consistent and trustworthy performances with only a few glitches along the way.

The previous time a team won the league by four games was in Ernesto Valverde's debut season with Barcelona, when they topped second-placed Atletico Madrid by 14 points. The season could potentially end with a larger gap this year. Madrid won the league with just one match to spare in 2019-20, and they have never won it so early in the twenty-first century. They've been on top since week 13 and have never looked like they'd be knocked off.

Madrid has been extremely effective at both ends of the pitch, where it counts, and Ancelotti has had no qualms about enabling breakthrough star Vinicius Junior to play on the counter when it suits him. With the exception of Xavi Hernandez's Barcelona, the squad possesses depth, and Madrid has developed throughout the season while its opponents have withered.

Despite Barca's one big blemish on Madrid's La Liga record, a humiliating 4-0 defeat at the Santiago Bernabeu in March, the coach's appointment came too late to give the Catalans a chance to compete for the title. Barcelona struggled for the first third of the season under Ronald Koeman's leadership, and it wasn't until president Joan Laporta ultimately fired the Dutchman that they began to recover.

Other great teams, like as Sevilla and Real Sociedad, slumped significantly in 2022, while Atletico Madrid, across town, has been mired in an identity problem since winning the championship last season. Villarreal have kept their finest performances for the Champions League, despite losing the first leg at Anfield, and Real Betis have had a good season but are still 20 points behind the leaders.

However, just because Madrid's potential opponents have not delivered does not negate their perseverance and quality. It would have been easy to glance over their shoulders, smile, and ease off the gas, but they battled back to beat Sevilla 3-2 on April 17, demonstrating their tenacity.

They had won eight of their previous nine league games prior to the Espanyol match, with the exception of their game against Barcelona at the Bernabeu. In 2022, they have only had one other domestic defeat, which occurred on January 2 against Getafe.

The form of talismanic striker Karim Benzema has been one of the apparent keys to their success. 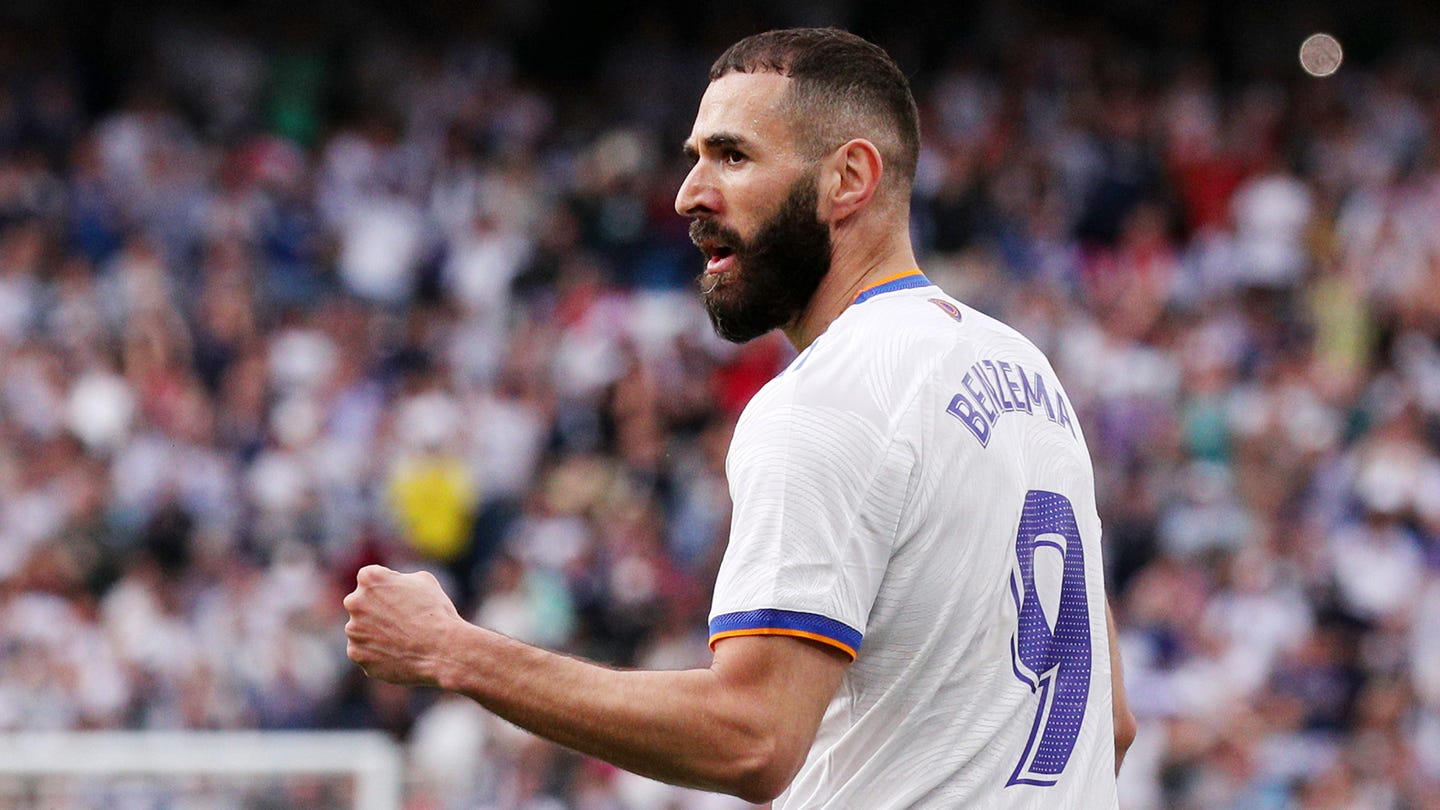 This season, the Ballon d'Or front-runner has scored 42 goals in 42 appearances across all competitions, similar to Cristiano Ronaldo.

Benzema is substantially more decisive now than he has ever been, despite his excellent achievements over the years. The explosion of his striking partner Vinicius, who has discovered a composure in front of goal and deep in opposing territory under Ancelotti that appeared like it would never arrive, has contributed to that transformation. 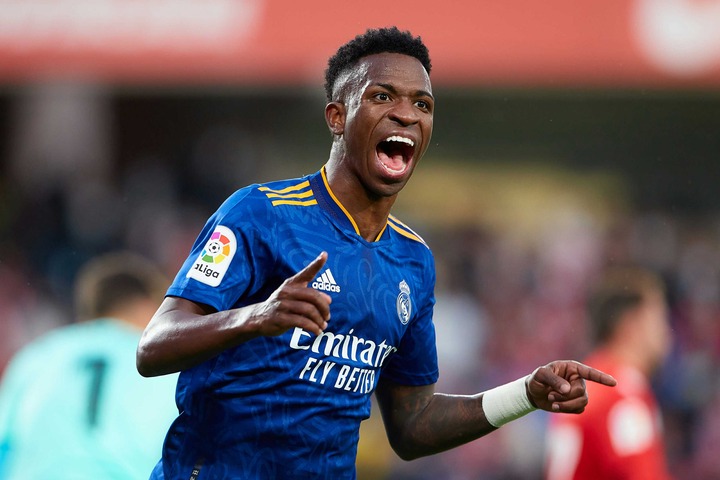 This season, Vinicus has already surpassed his goal totals from the previous three seasons (15) and has built a strong relationship with the French striker.

They united once more for Madrid's fourth and final goal against Espanyol, which was fitting.

Thibaut Courtois, on the other hand, has had perhaps his best season of his career, producing some spectacular stops to gain Madrid points. 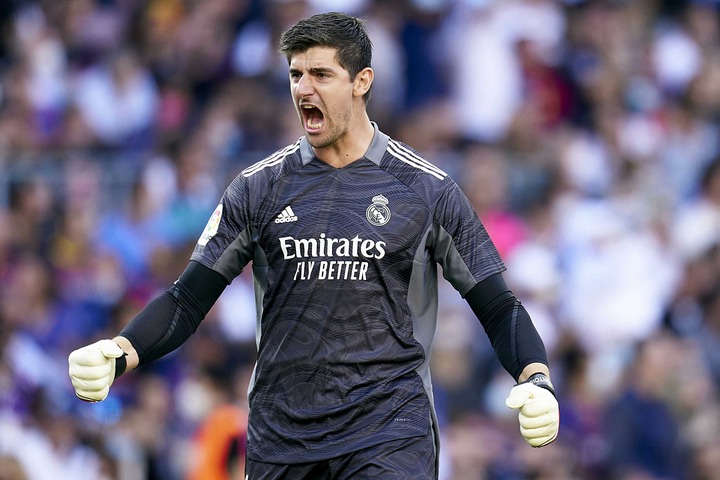 Only Sevilla have conceded less goals than Real Madrid this season, and in April, the Belgian made a series of incredible saves against Celta Vigo, helping Madrid to a tight victory and ensuring they didn't let the Barca hammering put them off their game.

Another important addition has been Austrian defender David Alaba, who arrived on a free transfer from Bayern Munich and immediately took up Sergio Ramos' defensive leadership position. Behind Modric, Madrid has Eduardo Camavinga and Fede Valverde in midfield, a pair that has grown in importance as the season has progressed, as well as Rodrygo and Marco Asensio in attack.

Former superstars such as Gareth Bale, Eden Hazard, Marcelo, and Isco have hardly been seen, with Nacho and Lucas Vazquez among those who have stepped up and excelled when needed. These hard-working extras have helped Madrid become machine-like in their pursuit of domestic success, and they can now completely focus on their far less predictable European progress.