By Arionago (self meida writer) | 25 days

Twelve founding teams would have formed the basis of the Superleague. The ideology was to pit the best against the best in order for there to be more blockbuster matches rather than the many poor lowly rated fixtures we see on TV.

Have the merits and demerits of the Superleague been assessed objectively? No. What has happened is name-shaming and hurling of accusations against a brilliant ideology which was yet to take off. 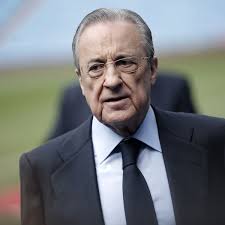 There are four basic things the Superleague would have brought and ensured.

Ask yourself this question: Who owns the clubs?

Owners have ownership and control over the club. They are responsible for doing what's best for the club. They have to bring success on the pitch as well as profits to the table. Whether we like it or not football is both a sport and a business.

If football clubs continue to be in debt after debt and the business becomes unprofitable, investment in the sports will diminish, salaries will diminish, competition will diminish. Overall, the excitement will rally to a low. Money is the center of everything: jerseys, wages, medicals, etc.

The Superleague would have been these teams' insurance. Why reject an offer that brings in more money and more entertainment?

2. Creation of more wealth for the footballing world.

Football is by far the most entertaining and most captivating Sports in the world. Football matches have the most viewership and universal interest. Shouldn't the best entertainer be the best paid?

But when we look at the top earning athletes, what do we see? How many footballers do we see in the top 20 or 50 athletes if not for Messi and Ronaldo and maybe Neymar?

We need football to attract the best of the best and anyone who preaches "greed" is a hypocrite himself. The want for extra or more deserved money is not greed. Expansion is not evil. Amazon grows, Jack Ma and all the world's richest keep exploring more and more avenues. In as much as it makes them richer, it also provides avenues of employment for others.

Clubs are inundated by high asking prices for wages and even a call on them to support grassroots football. It takes more money to do all of that.

We all need entertainment and we do need them as much as we can. It's good that the smaller teams also have their own games but would you compel people to watch unentertaining games amongst small teams.

People will watch games that they have interest in. Majority of fans crave for those blockbuster games. Is it not shocking that Chelsea had never met Real Madrid in any competitive competition prior to this year's semi-final clash?

We want the best to meet and beat the best. Top players should play against top players. Then we can confidently say that indeed the victor is truly the best of the best.

The current monopoly UEFA enjoys has its own evils. No wonder so many scandals have plagued the institution in the past decade. Just as the clubs need competition, these footballing governing associations need competition too. It is healthy for the clubs and fans.

The FAs will be compelled to create better marketed and funded competitions for the delight of the footballing world. Matters like racism, bad match officiating, match-fixing and the like would be dealt with to a great extent in every competition than it has been so far.

The Olympics has in no way undermined the World Cup. No matter how entertaining the Olympics may be, the FIFA World Cup is the real deal for people. In the same, the Superleague and the Champions League should have been allowed to run concurrently. He who offers the best deserves the best and should enjoy the best. 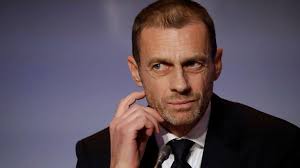 In conclusion, the Super League has been misunderstood, misrepresented, and maligned for all the wrong reasons. The fans have been used and misused by UEFA for their own selfish benefits. It was not about for their love for the fans, it was all about the threat to their monopoly. UEFA could not complete with the financial muscle of the much maligned Superleague.