By JNTurkson (self media writer) | 23 days ago

The football action continued in the English Premier League this weekend as some of the teams played their respective sixth league match of the season. There were some exciting fixtures fans looked up to and the games produced some surprising results.

Check below for the league table prior to Matchweek 6: 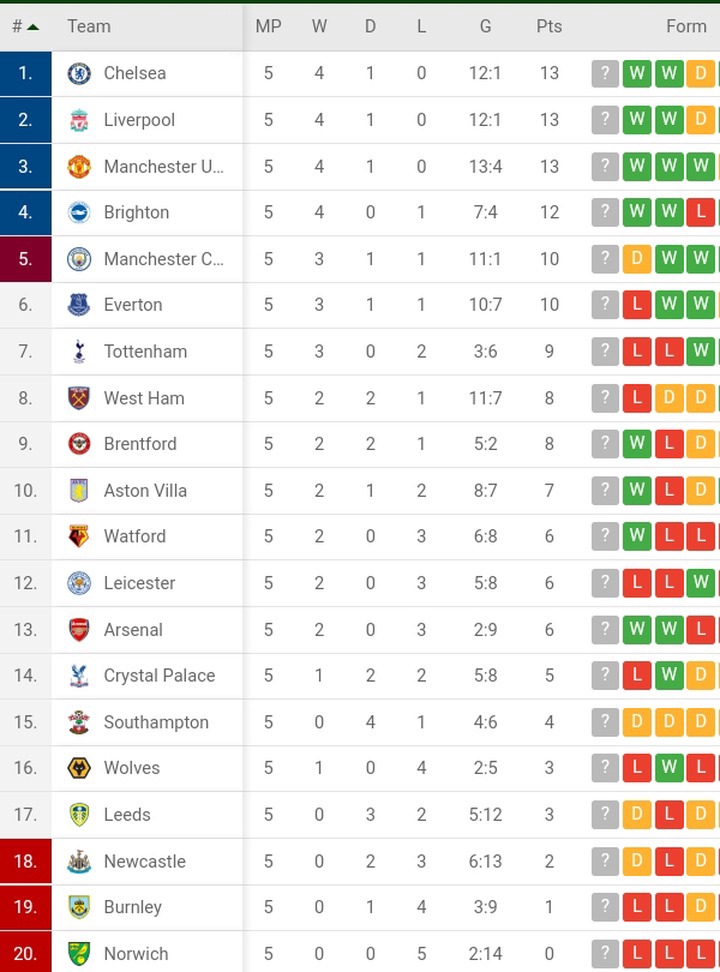 Prior to this matchweek, Chelsea were the league leaders but that status changed after The Blues failed to secure the 3-maximum points in its game against defending league champions, Manchester City. Chelsea lost its first league match in 6 league games after The Cityzens put a goal past The Blues.

Manchester United also tasted its first defeat in the league this season. The Red Devils' had an opportunity to secure a point at Old Trafford but gave away the opportunity. Manchester City, Aston Villa, West Ham United and Everton won their respective games to move some levels up on the league log while the other games ended in a draw. Liverpool were held in a 3:3 draw by newly promoted side, Brentford FC - Liverpool's unbeaten run is still intact at least.

Results of today's games is shown below: 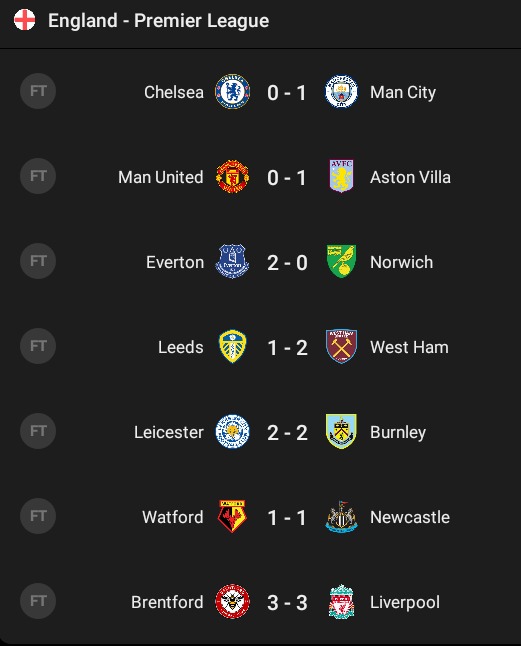 Check below for the league table after today's EPL matches: 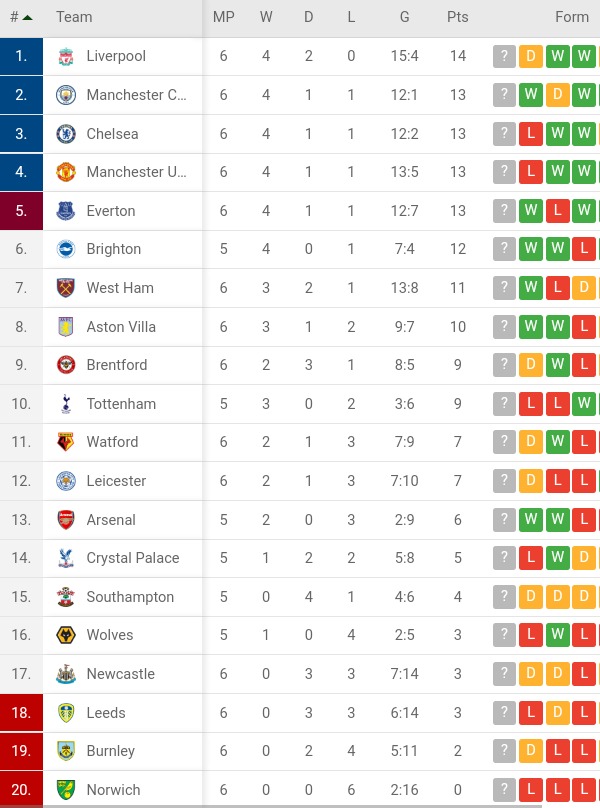 Liverpool has moved to the 1st position after its stalemate game with 14 points; 1 more than 2nd placed Manchester City while Chelsea has dropped to the 3rd position. Brighton and Hove Albion stands the chance of becoming the league leaders if it wins its game against Crystal Palace on Monday. What changes do you expect in the next matchweek?