Top 10 Football Clubs With The Most Fans in The World.

By Samuel.News (self meida writer) | 22 days

Top 10 Football Clubs With The Most Fans in The World 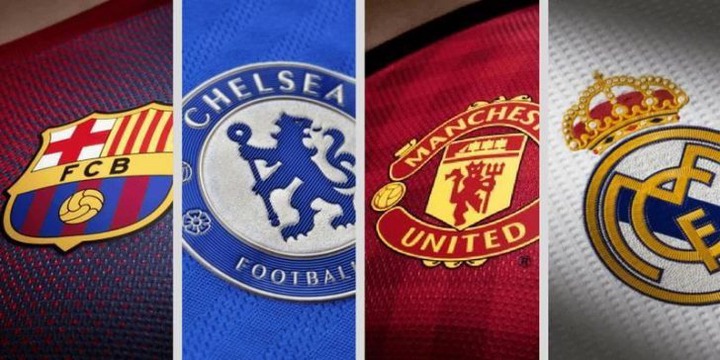 top 10 football clubs with most fans in the world

Football is the most-watched sport in the world and all the football clubs have a worldwide fan base. As time goes on, however, the number of fans following a team either increases or decreases. Some remain loyal to their club while the others switch teams and leave their previous teams in their rough times.

Let’s have a detailed look at the football clubs with the most fans in the world. The number of fans of a club will be determined by the social media fan following of the club. We found that the wealthiest clubs in the world are also the most famous because they have the money to sign big-name players thus bringing in more fans. A prime example is after Juventus signed Cristiano Ronaldo they gained millions of fan following. 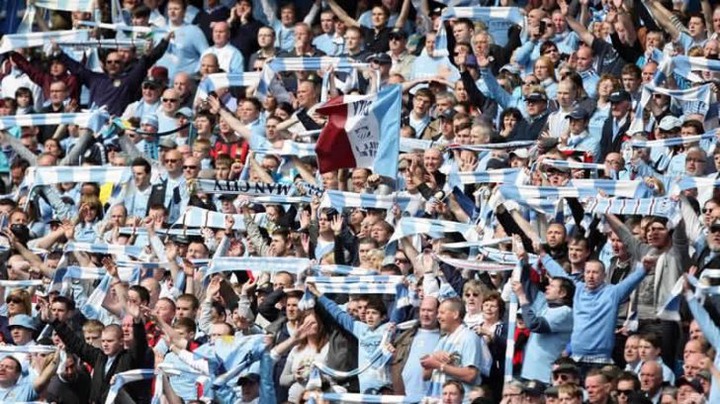 The Citizens are at the last in the list of football clubs with most fans. Manchester City’s fan following has seen a drastic change since the Shiekh Mansur’s take over of the club. The fan following increased so much after the takeover and at one point it was the most supported club in England! However, in 2020 it’s not the most followed club in England. Spanish media outlet Sport published research into Man City and Man United, in which it was revealed that Man City’s fanbase grew 523% as rivals Man United saw an astonishing 19% drop off.

We must remember that Manchester City’s success and financial power is relatively recent. They also won a domestic treble for the first time in the 2018-19 season. With talented players like Kevin De Bruyne, Sergio Aguero, and Raheem Sterling, Manchester City are one of the most dominant teams in Europe.

The fan following table of Manchester City is below.

The Gunners surprisingly make it to the list of football clubs with most fans. Arsenal is one of the biggest and most successful clubs in London and they have a social media fan following 72.5m. The club hasn’t been in their form for a while now. Arsenal also hasn’t played in the Champions League for quite a while. But their fan following has remained loyal to them. 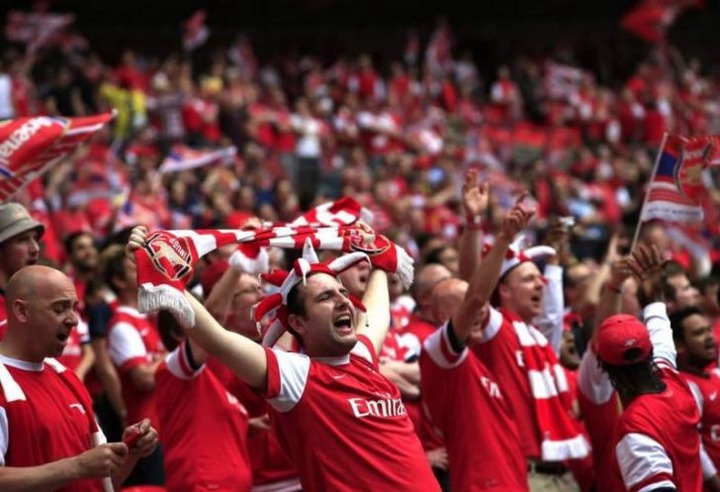 arsenal fans in the stadium

Players like Aubameyang and Nicolas Pepe seem to be the only hope for the Gunners as they look to regain their lost title of “Kings of England”.

The fan following of the Gunners is as below.

Paris Saint-Germain is the most followed football club in France. The current Ligue 1 champions has a huge fan following from not only France but all around the world. PSG is the only French club to make the list of football teams with the most fans. 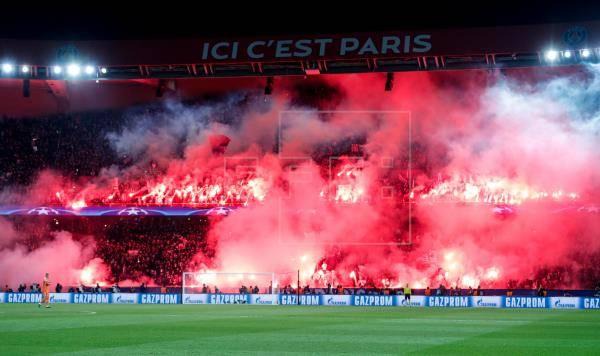 Currently, the club has a fierce front two with the Brazilian Neymar and the young Frenchman Kylian Mbappé. Neymar and Kylian Mbappé alone cost PSG a whopping £406 million. The recent success of the club is imminent as they won the Ligue 1 title for eight seasons straight and also made it to the Champions League final this season.

The fan following table of PSG is below.

Bayern Munich is the most successful club in Germany. It is also the most supported club in Germany, after their rivals Borussia Dortmund. Their supporters have remained loyal to the club for a long time now mostly because of their winnings. 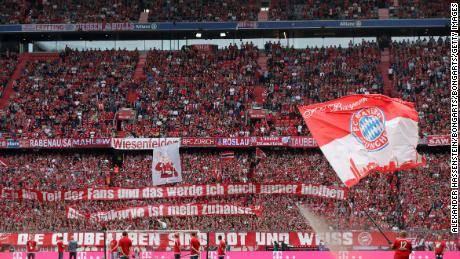 bayern munich fans in the stadium

The recent success of Bayern Munich in club competitions is imminent as they have been a dominant force in Germany and Europe this season. The Bavarians completed the treble this season after winning the Bundesliga, the DFB-Pokal Cup, and the Champions League. Bayern’s exploits have won them many loyal supporters with an average of 75,354 people attending home games.

The fan following table of Bayern Munich is as following:

The most successful club in England, Liverpool has a huge fan base all around the world. Liverpool is among the list of football clubs with most fans in England. The arrival of Jurgen Klopp as a manager of the club has seen a drastic increase in the supporters of Liverpool. Jurgen Klopp brought the “heavy metal” football system to the club which everyone enjoyed and started to show a great social media presence. 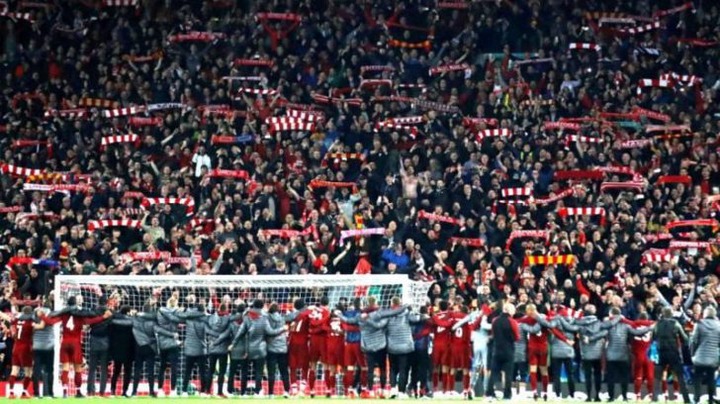 Players like Virgil van Dijk, Mo Salah, Sadio Mane, and Thiago have helped with the clubs global expansion of the club, specifically from Asia and Africa. The recent success of the club is notable as they won their first Premier League the preivous season, after winning the might Champions League.

The fan following table of Liverpool FC is as below

Another club from London, Chelsea has a huge social media presence and a huge fan base all around the world. Having a billionaire in Roman Abramovich worked wonders for Chelsea early in the 21st century, when they won the Premier League on several occasions. Chelsea also won their first Champions League title in 2013. The fan base of the Blues has remained loyal to the club ever since.

chelsea fans in the stadium - football clubs with most fans

Roman Abramovich spent big on recruiting the most talented players available this summer transfer window and the future looks bright for the club. The supporters seem to be very excited about the future prospect.

The fan base table of Chelsea is below

The old lady of Juventus is the most successful club in Italy. The Old Lady is also the most supported club in Italy, after winning eight consecutive Serie A titles as well as other domestic titles. Juventus since the purchase of Cristiano Ronaldo has seen their fan base spread and as a result, have jumped to the top of Italy. 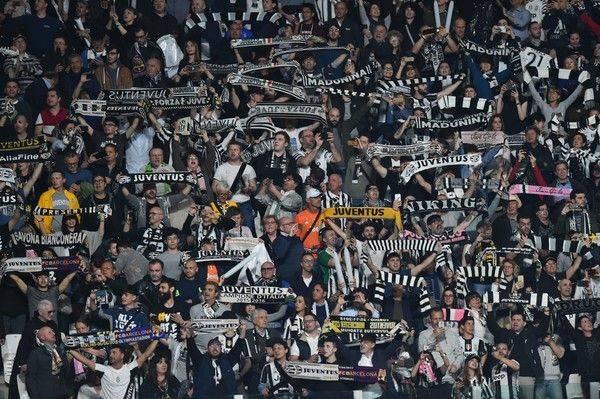 juventus fans in the stadium - football clubs with most fans

The fan following table of Juventus is as following

Manchester United is the most followed and the most supported club in England. United have always been one of the most popular teams across the entire world, no matter what continent. In the time of Sir Alex Ferguson managing the club, The Red Devils used to rule England as well as Europe. They were the most successful club in England until Liverpool won the Champions League and the Premier League the previous season. 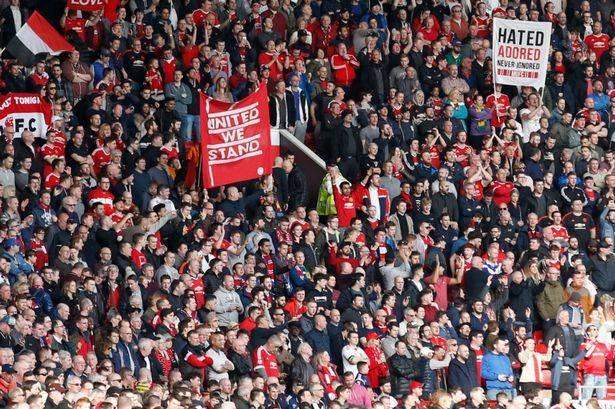 football clubs with most fans

Times have been hard for Manchester United but their fans have decided to stick to their club. Wonder for how long the supporters will remain loyal to the club.

The fan following table of Manchester United is as below

People all around the world know about FC Barcelona as it is one of the most popular teams in the entire world. No one in their right mind would argue that Barcelona is not a global club. The likes of Lionel Messi and the history of the club makes it really popular among us. The Catalan club is one of Europe’s dominant teams in terms of the quality of its squad and the number of fans all around the world. 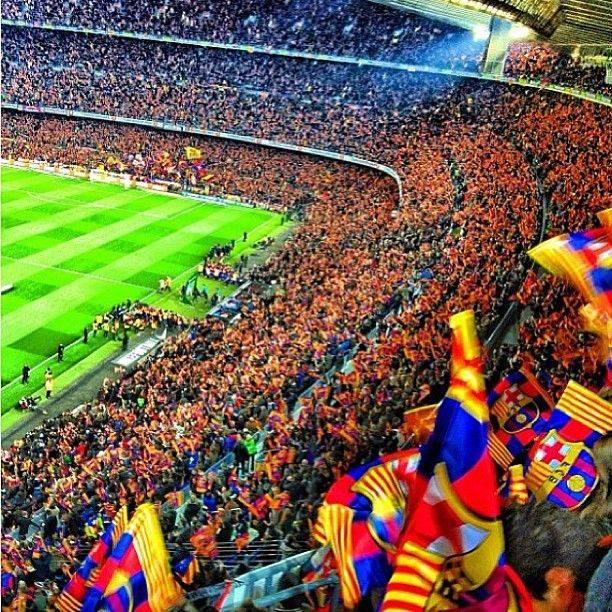 The fan base table of FC Barcelona is as following

Real Madrid is the most followed club in the entire world at the moment. Despite the loss of their talisman, Cristiano Ronaldo, the Los Blancos are still going strong in terms of winning the trophies and the number of worldwide supporters. Madrid won the last season’s La Liga and the fans have stayed loyal to the club because they are performing well. Not too shabby, right? 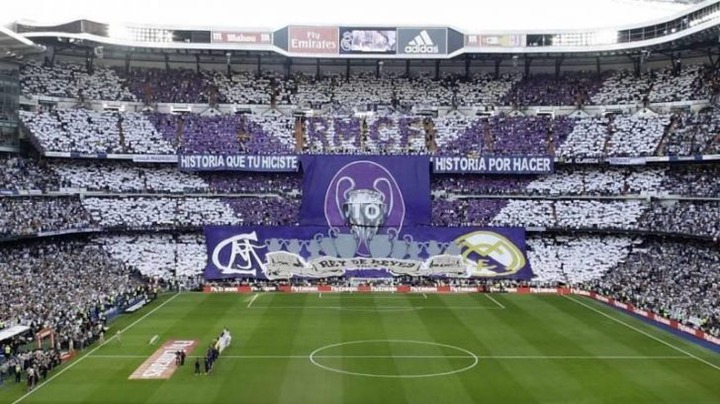 The fan following table of Real Madrid is below.

Here we will answer the most frequently asked questions about the top 10 football clubs with most fans in the world.

Which football club has the most fans in the world 2020?

Spanish Giants, Real Madrid has the most fans in the world 2020. With a fan following of 237 million, Los Blancos tops the list of the football clubs with biggest global fanbase.

Which football club has the most fans in England UK?

With a fan following of 133.7 million, Manchester United has the most fans in England UK.

Which football club has the most fans in Africa?

Which football club has the most fans in Asia?

With a fan following of 15.4 million, the most followed football club in Asia is is Indonesia’s Persib Bandung.

Which are the most popular La Liga teams?

Which club has the most fans in India?

People in India mostly watch the English Premier League and Manchester United is the most popular club in India, with 21% of Indians nominating it as their favorite club.

Lionel Messi is the greatest player in football history

top 10 football clubs with most fans in the world

Top 10 Football Clubs With The Most Fans in The World

Top 10 Players With The Most Assists of All Time

SEE THE FULL VERSION OF THIS PAGE

Content created and supplied by: Samuel.News (via Opera News )