By TheHague (self media writer) | 6 months ago

Juventus striker, Cristiano Ronaldo has been linked out of Turin lately, following Juventus's gloomy chance of qualifying for UEFA champions league next season. The Bianconeri's currently lie 5th on the Seria A league table with 72 points. With only two games left to end the season, Juventus would need two wins out of the two games and hope Atalanta, Ac Milan and Napoli, who lie 2nd, 3rd and 4th respectively, stumble in their remaining games to be able to seal a top four finish. 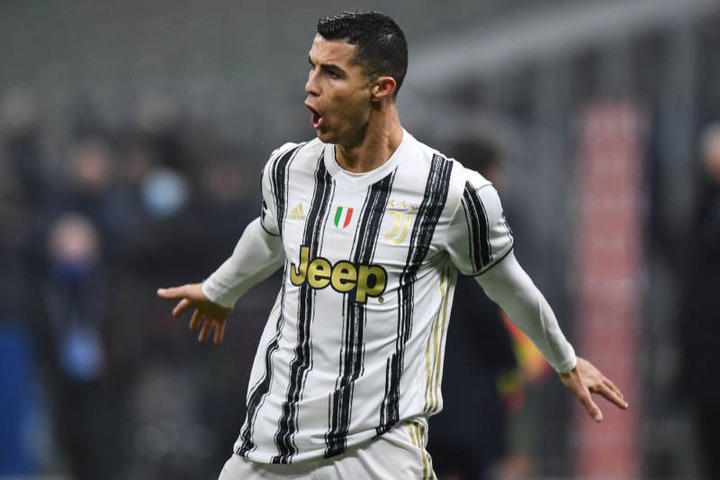 However, a lot of speculations have sprang up about Ronaldo concerning his potential exit from Juventus, if the club fails to qualify for Champions league next season. Other rumours claim the five times balon d'or winner might return to his childhood club, Sporting Lisbon where he will eventually end his career. The unceasing rumours have prompted Ronaldo's agent, Jorge Mendes to speak about his future to settle the dust.

According Jorge Mendes, as reported by Fabrizio Romano, Ronaldo won't be switching to Sporting Lisbon as purported by some news outlets. He went further to say that, Ronaldo's career plan do not go through Portugal. Check out the full post. 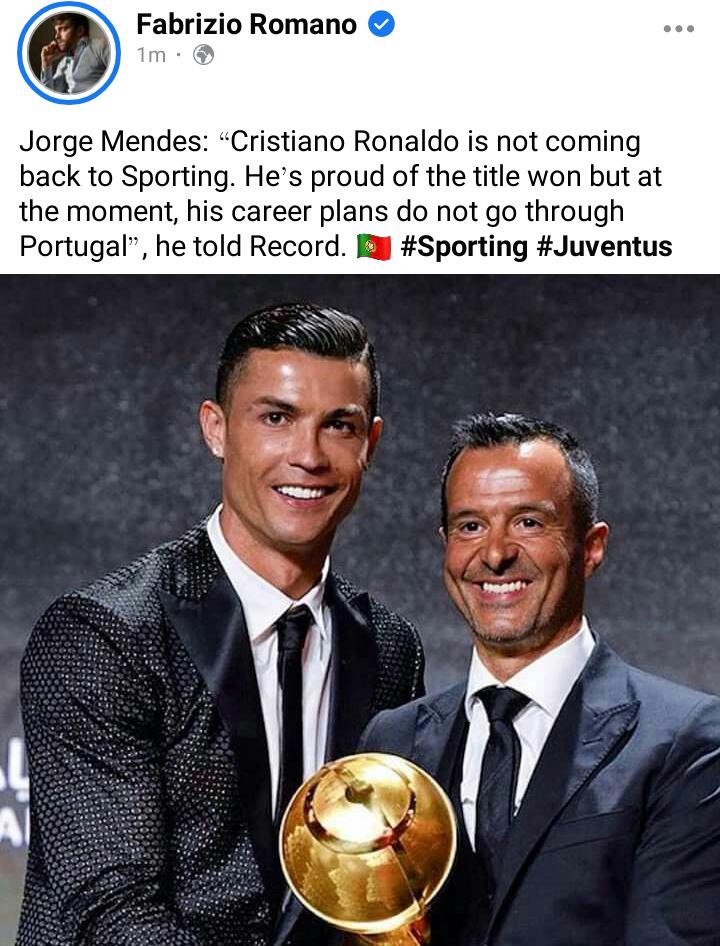 Jorge Mendes's comment rules out Ronaldo's potential move to Portugal, which means he could stay at Juventus beyond this summer.