By SirObanji (self media writer) | 8 months ago

Kumasi Asante Kotoko has appointed a lecturer of the University of Cape Coast Dr. Prosper Nartey Ogum as the head Coach.

Kotoko confirmed the appointment of Prosper Narteh Ogum as the club’s new manager until 2024 having signed a two-year deal on Saturday. 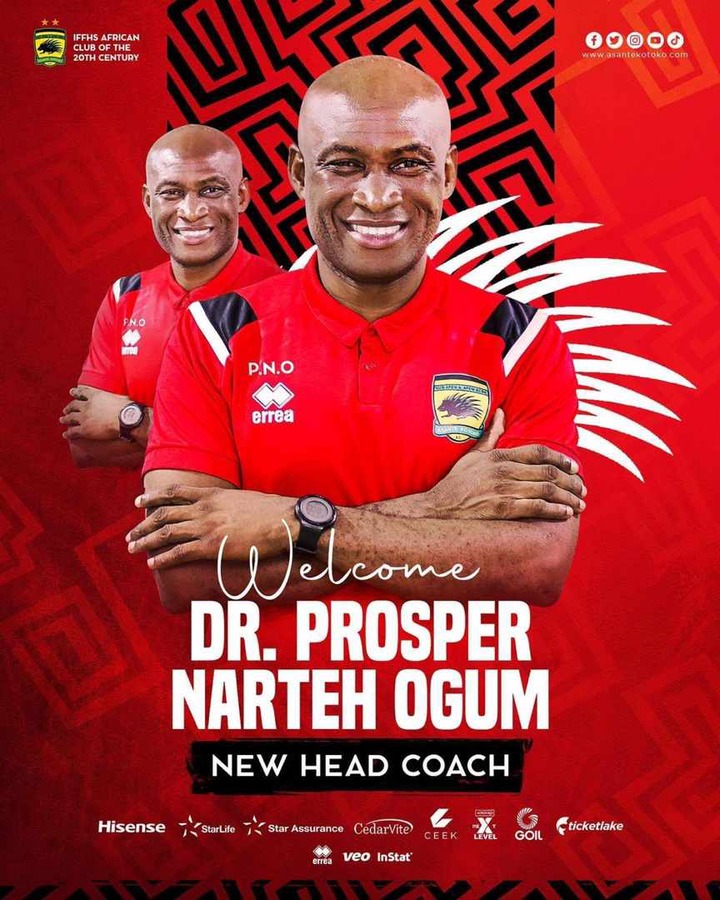 The 41-year-old coach will be charged with the task of reviving the fortunes of Kotoko after they went trophy-less having failed to win Ghana Premier League and got eliminated from the FA Cup in the round of 16 by Berekum Chelsea.

The appointment was announced on the club's social media handles as follows;

The Sports Psychologist , Educationist and Coach joins us on a 2-year deal from WAFA, having previously handled UCC Soccer Team, Elmina Sharks, Dwarfs and Karela United"