Barcelona are now out of the of the Uefa Champions League in the first round, eliminated from Spanish Super Cup by their fierce rival Real Madrid, are 17 points behind league leaders and eliminated from the Copa del Rey. 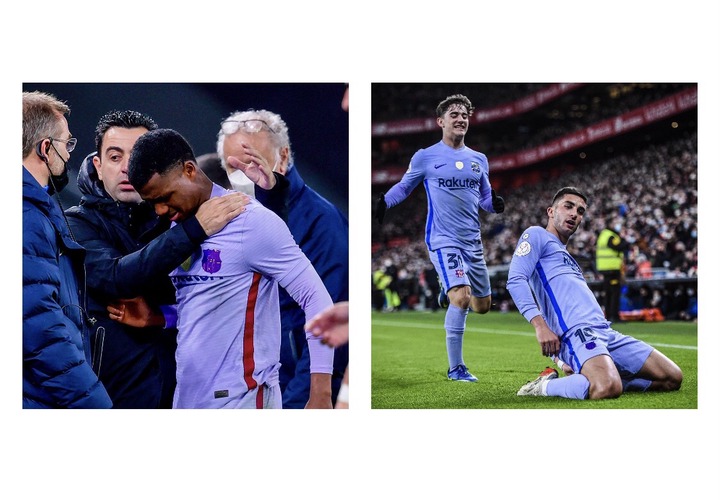 A team like Barcelona always push to be the best on and off the field, an example to the football community.

This “New” Barcelona lead by Laporta and Xavi have an idea of building the team from scratch and losing for now isn’t much of a concern but rather possession is the fundamental thing in their game.

The fact is possession doesn’t add a point after a match but that is the Barca way right? More than a club.

All the players including the coach when interviewed after the lost against Real Madrid in the Spanish Super Cup hinted they had more possession and Madrid played on the counter-attack making them better even though they lost.

Xavi in his post match press conference at Bilbao stated the lost of two titles in a few days were painful but the most important thing is to recover mentally and they are on the right track.

The Barcelona boss returned after six years in Qatar – four as a player and two as a head coach – to replace Ronald Koeman, who was in charge for around 15 months before being sacked.

And there is no greater indicator of just how excited Barca fans were than the 25,000 supporters who had turned up at Camp Nou to welcome him today.

One of his first words as a coach was he is prepared and Barca is in his DNA, the team needs to recover as soon as possible in complicated situations and win titles.

The fans are in no doubt fully behind Xavi to succeed, but will not accept failure to the extend of seeing their beloved club celebrate in defeat.

Barca indeed have a winning mentality which is embedded in their DNA, rebuilding, starting from scratch is not something the Camp Nou fans will be willing to wait for.

A team like Barca can’t be happy in defeat as they have lots of talented players who can push for titles.

My 19-year old wife has run away with her boyfriend, leaving me and my 1 year old child-Man cries