It is time for Ghana to win an AFCON trophy - Gyasi 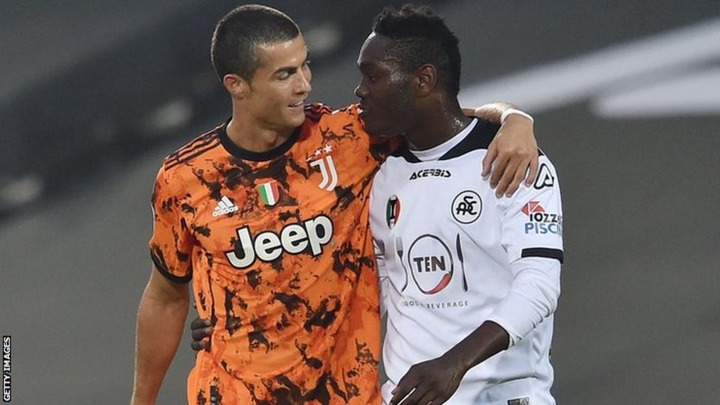 Black Stars new boy, Emmanuel Gyasi says it is time for Ghana to win a major trophy be it at the continental or global level.

The Black Stars has not won the AFCON for the past 39 years.

The last time Ghana won the AFCON trophy was in 1982 in Libya.

After their last AFCON triumph in Libya, Ghana has made three final appearances in the 1992, 2010 and the 2015 editions so far.

Emmanuel Gyasi WBO plies his trade in Italy spoke to the BBC.

“Ghana are a strong National team, a good mix of interesting young prospects and more experienced players. The manager and his staff are very prepared too,” Gyasi told the BBC.

“Ghana have played several World Cups and Africa Cups of Nations: our dream and that of our fans is to win the trophy.

“We know it won’t be easy and we will have to think game by game, but we’ll go there to make our dreams come true. We have to believe in ourselves.” He added.

Emmanuel Gyasi who plays for Italian Serie A club Spezia, made his debut Black Stars appearance in the 2021 qualifiers against South Africa.

Ghana were held to a 1-1 draw at the FNB Stadium in Johannesburg but booked an automatic place at the next AFCON with a game against São Tomé to play.