By GhanapublishingOfficial (self meida writer) | 19 days 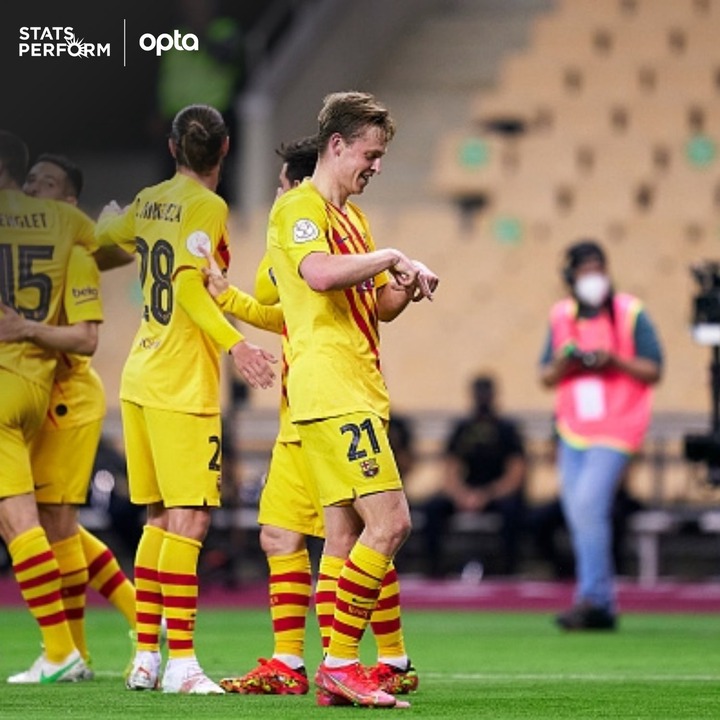 Frankie De Jong the Fc Barcelona midfielder and Dutch international has written his name in the history books of Spanish football.

Frankie De Jong featured in fc Barcelona's victory over Athletic Club on Saturday 16th April, 2021. He scored a goal and provided two assists in that game.

With one goal and two assists against Athletic, FC Barcelona's Frenkie de Jong is the second player to be directly involved in three goals in a Copa del Rey final in the 21st century, after Lionel Messi against Sevilla in 2018 (one goal, two assists). 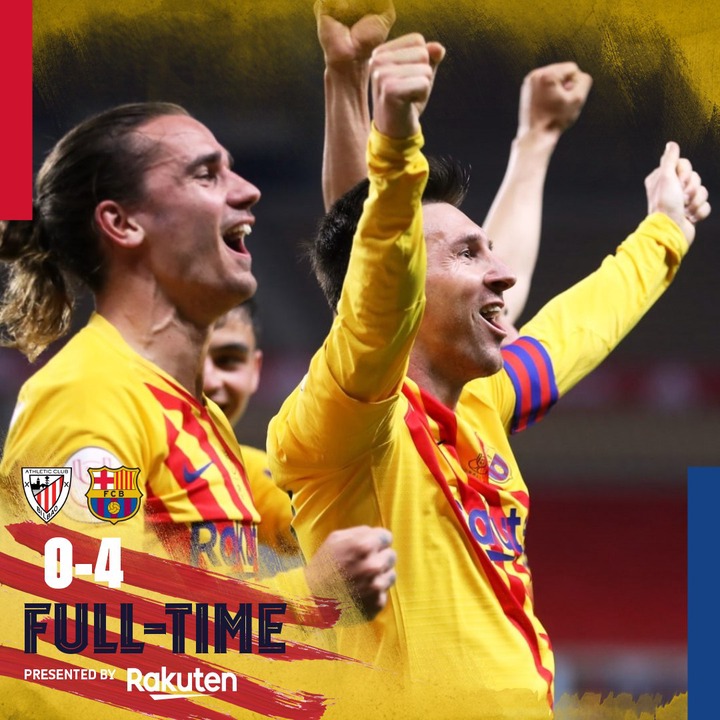 De Jong and Messi were Nominated for the man of the match award but as expected, Lionel Messi came out as the winner.

It could be seen that Messi waited for Bilbao players to get tired before he started his usual running. Two beautiful goals and a trophy to his cabinet,35 trophies and counting.

Real Madrid on the other hand has congratulated Fc Barcelona for winning the 2021 Copa del Rey finals.