By zorebenezer (self meida writer) | 1 months 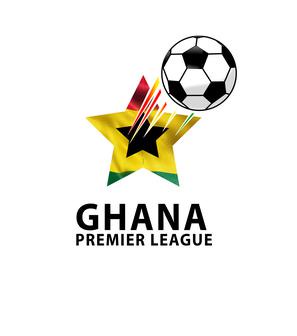 The second round of the Ghana Premier League 2020/2021 season match day 18 comes off this weekend at the various league centres across the country.

Hearts of Oak will welcome Aduana Stars to the Accra Sports Stadium in a gruelling match for supremacy from the footballing perspective.

Previously, in ten outings between these teams, Hearts of Oak has won two, five ending in draws and three wins going for Aduana Stars.

Hearts of Oak in their last five games per this season have won three games, lost one and played out a 1-1 against Legon Cities FC. On the other hand, Aduana Stars drew goalless with the scientific soccer lads, Liberty Professionals away and had lost four games.

Elsewhere, league leaders Karela United FC will square off against AshGold at home. Karela United FC drew 2-2 away against AshGold at the Obuasi Len Clay stadium in the first round. Since joining the top flight, Karela and AshGod have met four times. Karela has beaten AshGold once, a game ending in a draw and two wins for AshGold. Can Karela upset AshGold to widen the gap on the league log or it could be any team's game?

At Techiman, Eleven Wonders will seek to record their first ever win over 24 times league champions, Kumasi Asante Kotoko during the match day 18. Kumasi Asante Kotoko will go into this game with their new coach who doubled as an ex- black stars manager, Mariano Barreto. Coach Mariano Barreto will seek to start on a good footing in his first game. Both teams have met five times; one match ended in a stalemate and four wins to the porcupine warriors, Kumasi Asante Kotoko. Could this be Eleven Wonders' first win over Kotoko or Kotoko to continue its dominance over Wonders?

At the Accra Sports Stadium, second place on the league table, Great Olympics will entertain Medeama in a very tricky match. In five meetings, two games have ended in a draw, a win for Great Olympics and two wins for Medeama. In the first round of the ongoing Ghana Premier League, it ended in stalemate at Tarkwa. Similarly, Dream FC will set to face Inter Allies in Dawu. During the first round, the match ended goalless.

Meanwhile, Bechem United with an outstanding game with Asante Kotoko, will play as host to the scientific soccer lads, Liberty Professionals. Both teams have met 11times; five wins appease and a draw. With the first round ending in a stalemate, this match could be anyone's game.

Then Kumasi King Faisal will be at home to log it out with the pride of Sogakofe, WAFA. The first round ended 4-3 in favor of WAFA. Could this be a revenge for King Faisal or could be any team's game?

Whilst in a Cape Coast, Elmina Sharks and Mysterious Ebusua Dwarfs will battle it out for the maximum points at stake. Both teams have been met seven times ; two wins for Sharks, a drawn game and four wins for Ebusua Dwarfs.

Content created and supplied by: zorebenezer (via Opera News )