Salisu And Semenyo Scored Their Debut Goals As Ghana Defeated Switzerland Before The World Cup.

The Black Stars of Ghana won their last friendly game against Switzerland at the Zayed Sports City Stadium in Abu Dhabi. 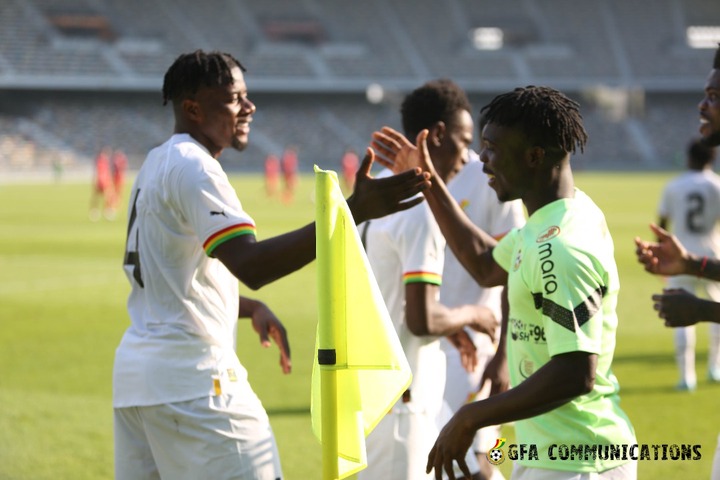 The Black Stars triumphed over their Swiss opponents in Ghana's final match before the World Cup's pivotal opening match against Portugal on November 24.

The Black Stars of Ghana competed in three friendlies that the Ghana Football Association scheduled, winning two and losing one. They defeated Nicaragua and Switzerland but succumbed to Brazil.

Salis Abdul Samed and Elisha Owusu formed a midfield partnership between the defence and the attackers, who included Daniel Afriyie Barnieh and Jordan Ayew on either side of Andre Ayew, with Inaki Williams spearheading the attack. 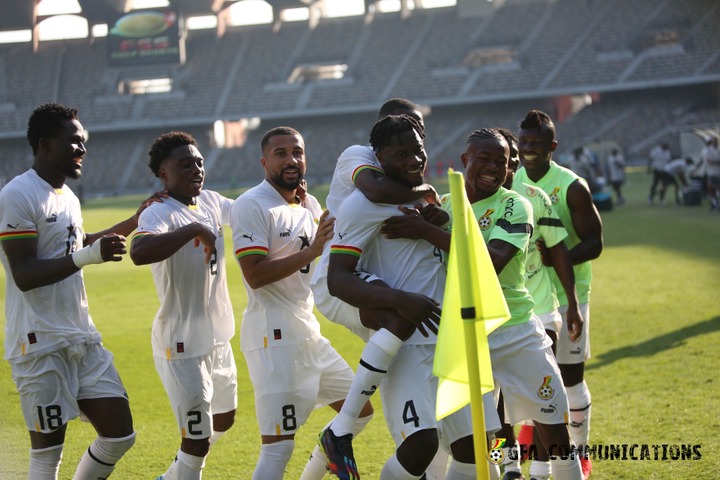 At the half-hour mark of the first half, Switzerland's Silvan Widmer came close to scoring the game's opening goal but was fouled by Daniel Amartey. A right-footed shot by Remo Freuler missed the goalpost, which was the best moment for the Swiss in the first half.

Ghana took control of the game, with the only local player, Daniel Afriyie Barnieh, confidently moving around the penalty area of Switzerland, but he was denied a penalty opportunity when his step over inside the penalty area was interrupted by the Swiss defenders.

The first half ended with a goalless draw, but the Black Stars made few changes in the game to ignite their performance against Switzerland. 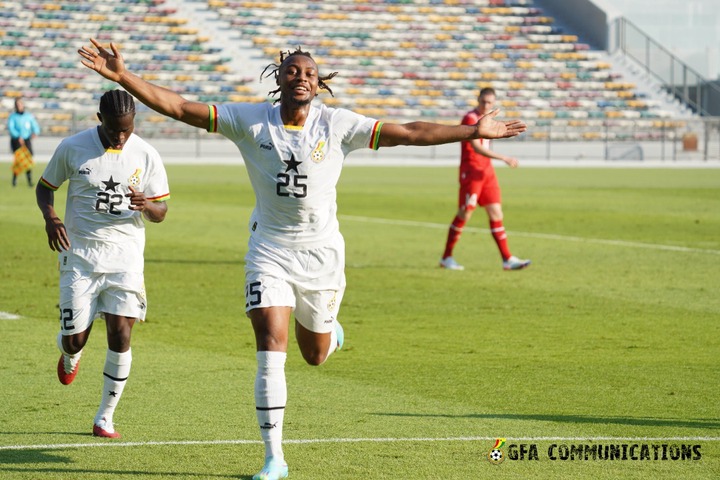 Salisu Mohammed of Southampton, a centre-back, scored Ghana's first goal with a header in the 70th minute after the Swiss struggled to deal with a Ghana corner. 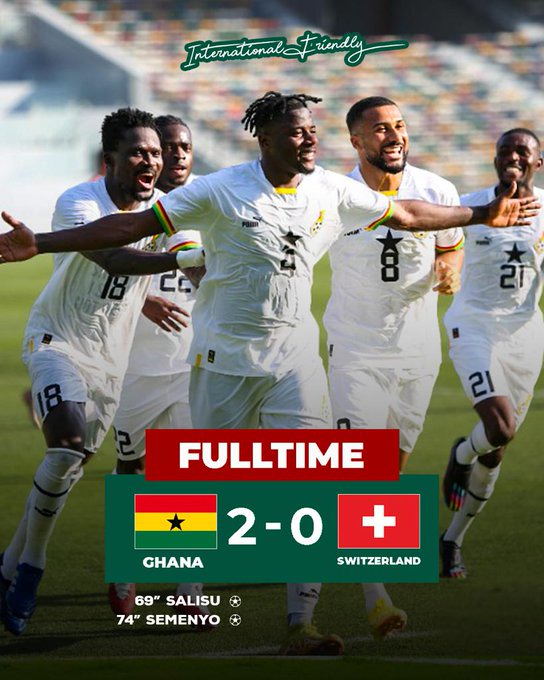