By KwakuRighteous (self media writer) | 1 month ago 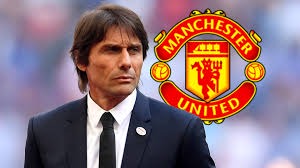 Antonio Conte is the man on everyone’s lips, as the former Chelsea man enjoys some time off. Expected to take the season for himself, Antonio Conte was wanted desperately by Tottenham in the summer but caused much hilarity by turning them down.Just to wait for United's job. Premier league club Manchester United wants a coach who can helpthe team achieve success as in the days of Former coach Sir Alex Fergusion.

Per the form of this season, Ole loosing three matches within the month of September out of four games (caraboa cup to westham United, Champions league match to Young boys and a home Premier league loss to Aston villa) depicts that he may loose his job as Manchester United Boss to Antonio conte who just won the serie A with Internationale millano last season.

From reports gathered from skynewsghana shows that, Apart from Antonio Conte, Former Real Madrid coach Zinedine Zidane has also shown interest in the job when he is been offered the contract.