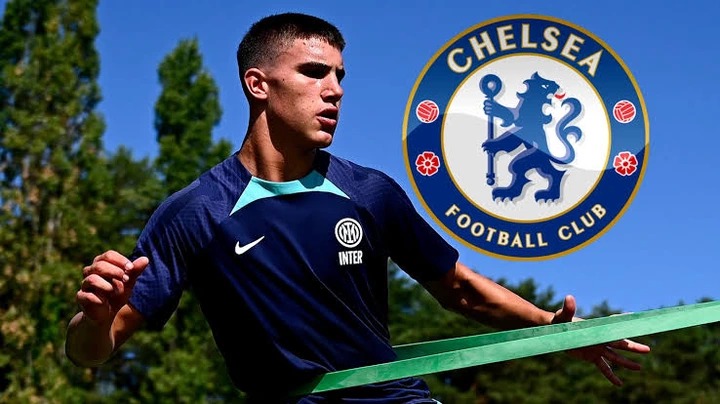 The deal has been announced by Chelsea.

A new transfer agreement between Chelsea and Monaco has been finalized, and as part of that agreement, Chelsea defender Malang Sarr will spend the 2022–2023 season playing for Monaco on loan.

The French defender will be playing in his native country for the upcoming season. He started his professional career just a little further along the coast with Nice, where he established himself as a first-team regular at the age of 17. He later moved to Chelsea in 2020 and signed a five-year contract with the club.

The previous year, Monaco finished in third place in Ligue 1 and advanced to the knockout stages of the Europa League. They are currently competing in the Europa League once again after suffering a defeat to PSV Eindhoven by a score of 4-3 on aggregate in the third qualifying round of the Champions League

According to football London, Chelsea are on the verge of having a deal for 12 million pounds approved for Cesare Casadei, an Italian player who now plays for Inter Milan's youth team. According to another story from the Evening Standard, the parties involved are close to agreeing on a price of 12 million pounds.

The midfielder will start off playing for Chelsea's Under-21s, but he has a good chance of moving up to the first team squad in the near future.

Thomas Tuchel and Todd Boehly are working hard to recruit Pierre Aubameyang, a striker who formerly played for Dortmund and Arsenal. Aubameyang is regarded as the ideal striker, but Barcelona has not yet received an official request to sign him. According to reports from last week, Chelsea is mulling over the possibility of signing Auba.

Barcelona has planned further negotiations with the striking duo.

In the meanwhile, Barcelona has planned a fresh round of negotiations for both the Pierre Aubameyang and Memphis Depay signings to take place on Thursday.

Chelsea is holding discussions over Auba while waiting for an offer, while Depay is attempting to terminate his contract and Juve is pressing for a two-year agreement. According to several reports, Barca would want to retain one of them.

Christensen and Kessie have the option of leaving Barcelona without incurring any fees.

According to reports from ESPN, Andreas Christensen and Franck Kessie may both leave Barcelona without having to pay a transfer fee if they are not registered in time for the club's La Liga opener on Saturday against Rayo Vallecano.

Both players signed contracts during the summer as part of a wave of new acquisitions, but neither has been registered in time for the start of the league season.

The two players have the option of putting in place a condition that would release them from their obligations to Barca if the club is unable to register them due to financial constraints.

Things You Should Stop Doing When You Reach 40 Years Old