Barca has got a hell of talents.

By trustedeye (self media writer) | 2 years ago

Barcelona is known for producing great players. Barcelona's golden generation under Pep Guardiola who won 14 trophies out of 19, a hell of an achievement for a club. Barca defined talent by winning treble under former manager Luis Enrique.Barcelona's golden generation consisted of Carles Puyol,Victor Valdes,Iniesta and Xavi have moved on to retirement except the club's iconic player Lionel Messi.

The famous "La Masia" is recognized for producing great players and the next La Masia stars could be on their way soon .

Carles Alena is a 22 year Barcelona graduate who is touted to be the next big super star in the team. The midfielder made his debut way back in the 2016-17 season in the Copa Del Rey against Hercules and scored a debut goal. With Alena already in the first team, he will do everything possible to get a starting spot.His passes and composure on the ball is amazing and has been touted to replace Iniesta.

Another graduate from the La Masia academy nicknamed "the jewel of La Masia".Fati since his debut this season in the La Liga Santader has already broken 11 records at his age. The 17 year old has already wrote his name in the history book and has drawn comparisons from team-mate Lionel Messi.His records are amazing and he is already making impact in the first team. 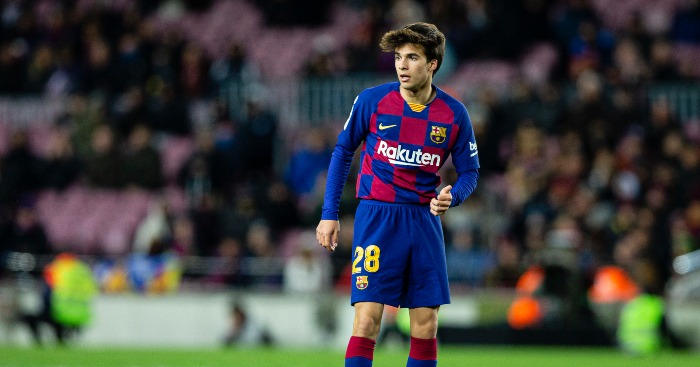 A play maker from the La Masia academy. He has been tagged as "the diminutive silver lining". The much touted youngster have already nine appearances for the first team and his stellar performance in Barcelona's last two games has given the manager a selection headache. Puig is a baller as some pundits say and has a lot to show.