By Stepong (self meida writer) | 29 days 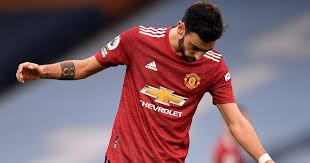 Last night after managing to survive in the game against AC Milan courtesy a goal from Pogba who was introduces into second half of the game being back from injury, the red devils have now discovered their fate as they now know their route to the final. They fancy their chances in the Europa league hoping to come out victors seeing that some consider a failure of season if they win no trophy.

This morning the draw for the quarter final stage was held and it turns out that Man utd will be facing Granada another Spanish side. They earlier dispose off Real Sociedad in the roud of 32 before taking on AC Milan in the semis. Not forgetting in last season’s Europa league encounter with Seville in the midst of the covid-19 pandemic where the red devils where eliminate. On the whole the red devils have a poor record against Spanish sides and these are opportunities to correct such records. Granada will certainly give united a tough match but in the end I expect the likes of Fernandez, Pogba, Rashford, Henderson and co to overpower the Spanish side

Either Roma or Ajax await if united should qualify to the semis. These clubs remind the supporters of united in glory days. More recently is the victory over Ajax in the Europa final. These two clubs may serve as a good omen with the likely of the red devils lifting the trophy. Though any one they draw against will offer a very stern opposition to their progression into the semis.

However, considering the form of united, in terms of results is very good but team performances is bad. Again I must admit the fact about some individual performances which is very encouraging. Hernandez, Wan Bisaka, especially have been soo good. Yet, you get the feeling from the English press that Ole is doing well. When actually his team cannot put simple passes together and continually give the ball away to their opponent. I still hold on to my position that but for the quality of the players and name of the club, united would have been grounded.

Going forward, I confidently can say united are in the position to go for glory, but these challenges must be addressed and the attitude on the pitch must improve else united will end up a failure this season.

Content created and supplied by: Stepong (via Opera News )