Premier League to Induct Six More into Hall of Fame. 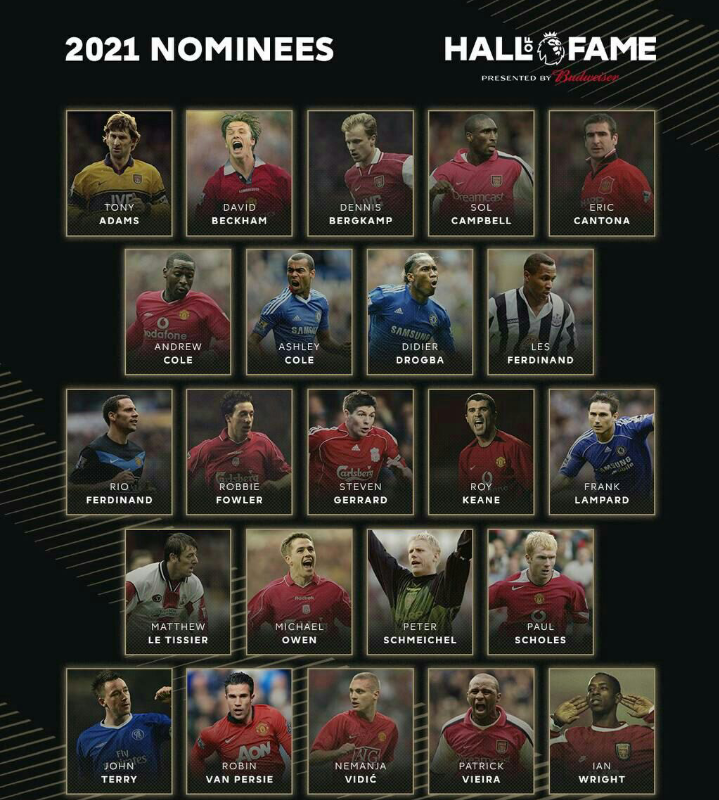 After Thierry Henry and Alan Shearer became the first two players ever to be inducted into the Premier League Hall of Fame, there has been an announcement of six (6) more who would be added from 18-20th May, 2021.

This addition is as a result of the fan voting which ended on Sunday 9th May, 2021.

The Premier League has undoubtedly produced magnificent athletes who have graced the passion of the masses and this prestigious Hall of Fame package is in the right frame to reward those fantastic footballers.

Who are involved then?

The 23 players who are vying for the 6 slots are dominated by former stars of the four most decorated clubs in England: Manchester United, Arsenal, Chelsea and Liverpool as follows:

Content created and supplied by: Ray_One (via Opera News )