1. Liverpool manager Jurgen Klopp felt his side showed their real selves in their win over Tottenham as they ended their five game winless run by seeing off Jose Mourinho's Spurs in north London.

3. Chelsea captain Cesar Azpilicueta has responded to claims that he and Antonio Rudiger clashed in training. With Toni, we did not have an issue and we have been working together for a few years. Everything is fine and I can say that never happened.

4. Liverpool have been backed by Jermaine Jenas to remain patient in the transfer market and wait until the summer to sign a centre back to strengthen their ranks despite their crisis at the back.

6. Liverpool have reasserted themselves as Premier League title contenders after their win over Tottenham in north London. That is the verdict from Rio Ferdinand, who watched the game in the BT Sport studio.

7. Chelsea are interested in signing Erling Haaland from Borussia Dortmund and David Alaba, this summer. Leeds born Norway international Haaland, who has a £66m release, remains a top target for Real Madrid who are among a number of clubs also keen on Alaba.

8. Jurgen Klopp says there is more to come from Thiago Alcantara after detailing the tactical tweak that helped Liverpool's midfield get the better of Tottenham.

9. New Chelsea manager Thomas Tuchel has no plans to sign any players in the rest of this transfer window.

10. Napoli defender Kalidou Koulibaly surprised a group of homeless Senegalese men in Naples with croissants and a new jacket each to keep them warm on the streets.

11. Former Everton midfielder Leon Osman reckons his old boss David Moyes was fired after only 10 months in charge of Manchester United because he was being compared to Sir Alex Ferguson. In contrast, Ole Gunnar Solskjaer has spent two years in the Old Trafford hotseat and his job is relatively secure.

12. Paris Saint Germain will consider selling France striker Kylian Mbappe, in the summer if the World Cup winner fails to agree a new deal with the club. Both Liverpool and Real Madrid are both interested in signing him.

13. Jordan Henderson has not been dribbled past by an opposition player in any of the three PL games he has started at centre back in 2021.

14. Manchester City are set to get more than £3m from a 30% sell on clause following the transfer of Dutch right-back Jeremie Frimpong, who moved from Celtic to Bayer Leverkusen for £11.5m earlier this week. Frimpong never made a senior appearance for City before joining Celtic in 2019.

16. Arsenal boss Mikel Arteta has said the Gunners will explore the possibility of extending Martin Odegaard's stay beyond the end of this season after he joined on loan from Real Madrid.

17. Jose Mourinho fears Harry Kane will be absent for a few weeks after suffering two separate ankle injuries during Tottenham's defeat to Liverpool.

18. Chelsea showed no purpose in Thomas Tuchel's first game in charge, says Tony Cascarino, who says he hated every minute it.

19. Premier League clubs can fulfil their European fixtures as long as they are not travelling to places on the UK's red list.

20. Peter Crouch insists Liverpool are still in the title hunt while backing his old club to finish above Manchester United come the end of the season.

21. Manchester United have reportedly been offered the chance to sign Roma forward Edin Dzeko in the final stages of the January transfer window.

22. Thomas Tuchel wants to learn from his troubled past that has seen him fall out with club directors as he looks to find success during his time in west London.

23. There are reports that Massimiliano Allegri has a pre contract agreement to take over at Roma from Paulo Fonseca next season, but it could be anticipated.

24. Eduardo Camavinga has dealt a blow to Real Madrid's hopes of landing him this summer as the Rennes wonderkid revealed he is looking to sign a contract extension with the French club.

25. According to reports in Italy, Jorginho is negotiating a contract extension with Chelsea to June 2025.

27. Papu Gomez insists he was never interested in the economic aspect of offers, but jumped at the chance to join Sevilla after his Atalanta experience soured.

28. Sergio Aguero could discover on Friday if he has been given the all clear to return to Manchester City's squad as the Argentina striker targets a long awaited return to regular action.

29. Facebook, Twitter and Instagram are to be held legally responsible for the kind of disgusting racist abuse suffered by Axel Tuanzebe and Anthony Martial over Manchester United's shock defeat to Sheffield United, the Government has said.

30. Since the start of last season, Trent Alexander Arnold has been involved in more Premier League goals than any other defender in the competition (21).

31. Chelsea ace Billy Gilmour has decided he wants to leave Stamford Bridge on loan in order to get some first team football in the wake of Frank Lampard's sacking.

32. Gennaro Gattuso vented his irritation at the constant reports of his imminent Napoli dismissal after the 4-2 Coppa Italia win over Spezia. 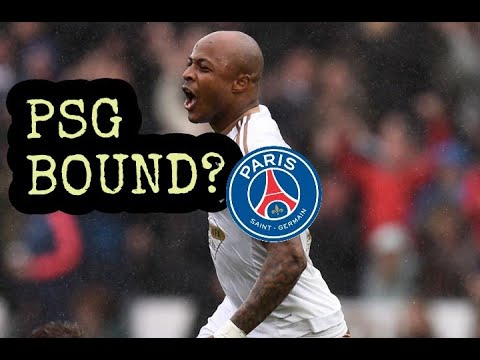