By Mynewshub (self media writer) | 3 months ago

Not long now until the fascinating Champions League semi final showdown between Real Madrid and Manchester City on Wednesday. Having come this far, and with the incentive for the side that wins the match being a coveted place in the final of the competition, we could be set for a great game.

Real Madrid, who won their previous game, will hope for a similar result following the 4 0 La Liga victory against Espanyol.

At least three goals per match have been seen in 5 of the past 6 fixtures where Real Madrid has been involved. Opposing sides scored 10 of them in this period while Real Madrid totted up 17.

Manchester City will go into the encounter following on from a 0 4 Premier League win vs Leeds United in their last outing.

With their forward play coming to the fore of late, Manchester City has helped themselves to an abundance of goals over their previous 6 clashes 18 to be exact. That translates to the ominous mean average of 3 goals scored per match for this time. It will be interesting to see if that trend will be continued in this game.

First Half Over 1.5goals 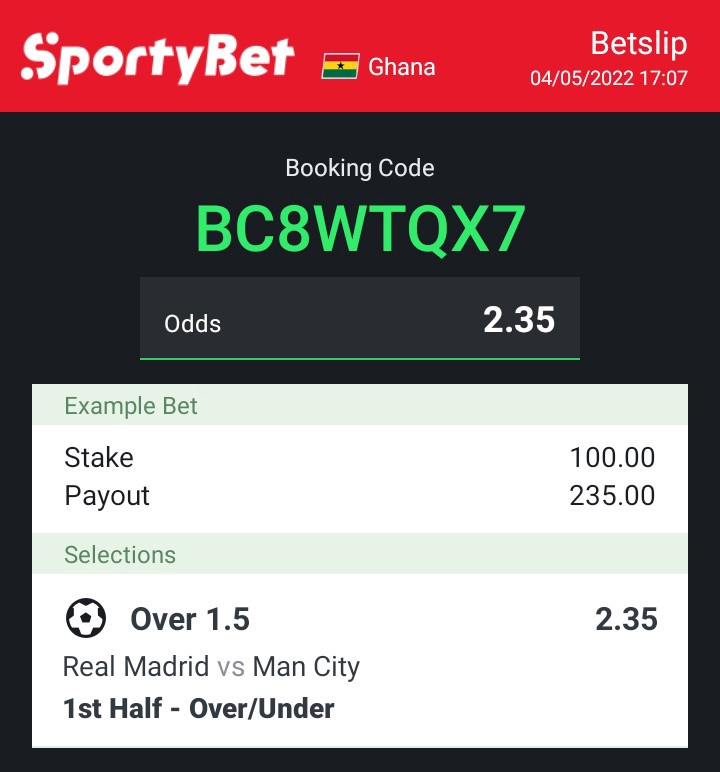